Having first moved to Manhattan to work for Condé Nast’s fashion title Italian Vogue, Caitlin's love for smart, conceptual, visual publications began early in her career. Hoping to blend the traditional print business with the evolving digital front, she spent the next several years with Google, which sent her to work internationally in South America, fueling her ultimate loves: cultural immersion and travel.

Caitlin then moved to Austin and spent more than a year as Rare magazine's editor in chief and led the publication through a successful redesign. Afterward, she was sent to Argentina to work with Bandwdth Publishing in adapting Patti Smith's Dream of Life, among other titles, for the iPad.

In the spring of 2011, Caitlin was tapped to help launch CultureMap Austin as managing editor; eventually she became editor in chief before her departure in July 2013. She continues to be a valued contributor. 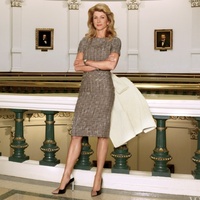