Connie Dufner is a freelance writer with deep roots in Dallas’ journalism community. Over more than two decades at the Dallas Morning News, she covered news and features as a reporter and editor. She has been covering home design since 2001, when she became house and garden editor for the newspaper. She moved to Modern Luxury’s Dallas office in 2007, where she launched two interiors titles and served as editor-in-chief of Modern Luxury Brides Dallas and as executive editor of Modern Luxury Dallas. 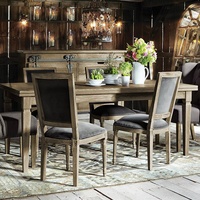