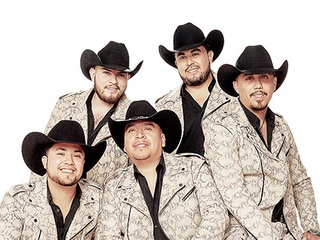 Chart-topping Latin band, La Maquinaria Norteña, has a signature sound that mixes modern and contemporary elements rooted in the northern music style of “Chihuahua,” which highlights the saxophone and accordion. The band’s journey to the top has placed them on both the iTunes and Billboard music charts from 2013 to 2015. With its rising career, La Maquinaria Norteña's invaluable contribution to the world of music, professionalism, dedication, and commitment have been immortalized in the so-called Paseo de Las Estrellas in Las Vegas.