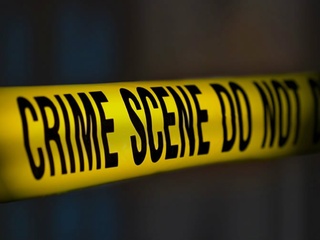 It's been more than four years since Ervin "Shorty" Robinson disappeared without a trace from his Tarrant County home. His wife, Neola Robinson, initially told police that her husband had run off with another woman.

But just as her murder trial was to begin on September 15, Neola pleaded guilty to killing Shorty and burying his body in the couple's front yard. She was sentenced to 18 years in prison.

"After three years of being stuffed in an air mattress and buried in his own front yard, he was found," prosecutor Joshua Ross said.

Authorities believe Neola strangled Shorty to death on May 31, 2010. When the 57-year-old failed to show up for work for two weeks, his boss filed a missing persons report with the Pelican Bay police.

Investigators extensively questioned Neola, who maintained that Shorty had left on Memorial Day weekend with another woman. Police found this story hard to believe, especially considering that Shorty's car and motorcycle were still parked at the couple's home and Neola was forging her husband's signature to cash his checks.

Without any sign of Shorty, the investigation languished for years until the Texas Rangers joined the case in the summer of 2013. According to a statement from the Tarrant County District Attorney's Office, Neola led Texas Ranger Clair Barnes to Shorty's body, which was "buried a mere 15 inches into the ground" at the couple's home on Partridge Court.

"Much may be said about the investigation and the delay in locating his remains, but the important consideration is that after three years of being concealed from his family, his friends, and everything important to him; after three years of being stuffed in an air mattress and buried in his own front yard, he was found," prosecutor Joshua Ross said. "A person he should've been able to trust the most, his own wife, was responsible for putting him there."

In exchange for Neola's guilty plea, prosecutors dropped a separate charge for tampering with evidence. The 63-year-old woman will have to serve at least nine years before she is eligible for parole.