Let Me Sum Up
Why we should not argue gun control on facts alone. Plus: AA loses less money!

Let Me Sum Up
AA's new look is a good first step, but the airline still has a lot of work to do. Plus: Old people!
LATEST NEWS
Famed Texas town locks in offers for its historic jail starting at $5K
If you drill it, they will come

Could a contaminated well in Weatherford derail Dallas fracking?

Could a contaminated well in Weatherford derail Dallas fracking? 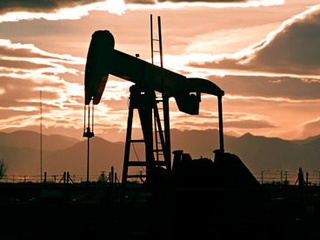 For now, the case on fracking in Dallas is closed. guardian.co.uk

When Dallas Cothrum took the floor at the City Plan Commission on behalf of Trinity East Energy in December, he relied heavily on the track record of natural gas drilling in Fort Worth and Johnson County.

"We're not doing something here that is unusual or noteworthy," Cothrum said at a December 20 hearing, shortly before the commission denied drilling permits for L.B. Houston Park. "This is very commonly done in Fort Worth and leaves a small footprint."

Parker County resident Steve Lipsky has so much methane coursing through his backyard well that he can ignite the water stream.

Hydraulic fracking involves injecting the ground with a high pressure stream of water and chemicals in order to release natural gas that's deep inside the earth.

Cothrum's assessment of the safety of the process — as well as the potential for lawsuit — is presumably responsible for the commission's recent decision to reconsider the permits in February.

But a new report from the Associated Press challenges the idea that natural gas drilling and hydraulic fracking is a safe process with little repercussions for North Texans.

An article in the January 16 edition of the Dallas Morning News tells the tale of Parker County resident Steve Lipsky, who has so much methane coursing through his backyard well that he can ignite the water stream.

This fact garnered the attention of the Environmental Protection Agency, which investigated his claims and found scientific evidence connecting driller Range Resources to the contamination.

But according to the Associated Press, the EPA set aside those findings and its previous position that the methane-saturated well posed an "immediate danger" when Range Resources threatened to withdraw from a national study on hydraulic fracking.

Although it's not yet on the January 23 agenda, Dallas City Council reserves the right to add a public hearing about the lawfulness of drilling in parklands.

The article points out that there is another explanation for high levels of methane in drinking water — natural gas migration from Strawn Shale, not the Barnett Shale, which is used for natural gas drilling.

The presence of multiple theories is not alarming in a scientific investigation, but hiding evidence is. Zac Trahan is an employee of Texas Campaign for the Environment who has led efforts in Dallas to prevent fracking. He hopes Dallas will take notice of this recent revelation.

After dozens of public speakers voiced concerns about fracking in December, Dallas Cothrum characterized the opposition as paranoid and ill-informed.

"There is a lot of science behind gas drilling being safe, but there is danger in everything that we do. Planes can crash; cars have problems and cause accidents," Cothrum said.

Dallas City Council and Mayor Mike Rawlings have already opened the door to discuss the lawfulness of natural gas drilling in area parklands, which is currently prohibited, by placing a public notice reserving the right to discuss the issue on January 23.

The item is not currently on the City Council Agenda. But should the council add it and amend the law, it could pave the way for the City Plan Commission to approve Trinity East's drilling permits in L.B. Houston Park on February 7.