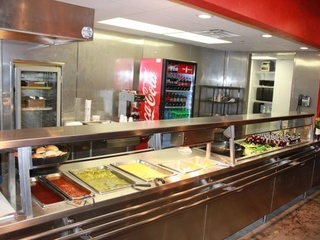 Al’s has it on longevity, dishing out barbecue since 1973. The restaurant moved in early 2011 and now can be found – barely – tucked in a nook between a car wash and Park Cities Ford. The food is better than average; the highest marks go to the pork ribs, with neatly trimmed edges and caramelized crust. Sides aren’t half bad for a place that focuses on meat – from the broad, flat green beans, still with some firmness, to the stick-to-your-ribs potato salad and roughly shredded coleslaw. Al’s does beef ribs as well as pork, plus sausage from Rudolph’s and a somewhat bland rendition of brisket. Lunch specials, such as a chopped beef sandwich with two sides, are $7.75. Rib Basket Tuesday gets you ribs, two sides and Texas toast for $7.75.