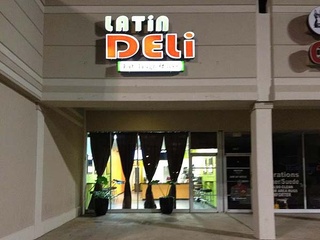 Tortas and sandwiches from Peru and Cuba, from a team of experienced local restaurant veterans, including a husband-and-wife pair who previously worked at La Duni, plus a Peruvian-born bartender from Victor Tango. Former Chicago Hot Dog space has been given a cheerful makeover with bright splashes of mango-orange and lime-green. Great coffee drinks, too.