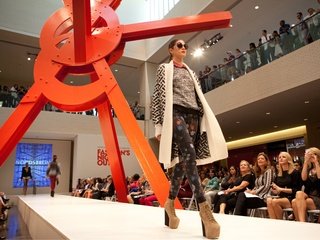 Since it opened in 1965 – at that time the largest climate-controlled shopping center in the world – NorthPark Center has defined retail in the Southwest. Anchored by Neiman Marcus, Nordstrom, Dillard's and Macy's, NorthPark is consistently ranked among the top five shopping destinations in the country. With more than 26 million visitors annually, it's one of the top attractions in Dallas-Fort Worth and has been ranked as one of the "7 Retail Wonders of the Modern World" by Shopping Centers Today.