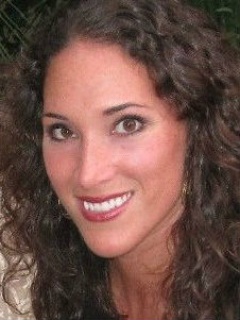 Emily Javadi was killed by a drunk driver in Uptown on February 10. Courtesy photo

Emily Gabrielle Javadi, a vibrant 34-year-old entrepreneur who'd started her own cake-pop business, was struck by a speeding car and killed on February 10 in Uptown Dallas.

According to police reports, Javadi was standing at a curb, leaning into the back seat of a car parked in the 4000 block of McKinney Avenue, when another vehicle came along and crashed into the parked car. Javadi was transported to Parkland Hospital, where she was pronounced dead.

The driver, Travis Elwell, 23, was charged with intoxication manslaughter. During the investigation, police determined that Elwell was operating his motor vehicle at a high rate of speed and failed to notice that the vehicle ahead of him was parked. He crashed into its rear, throwing Javadi forward into a metal pole.

The 4000 block McKinney Avenue lies between Blackburn and Fitzhugh and is dominated by Cole Park, with few businesses or residences.

Javadi was a business analyst who worked for Baylor; she'd previously been employed by Neiman Marcus and Frito Lay. Friends said she was a dedicated athlete and an outgoing, upbeat person. She'd launched her cake-pop business as a side project in early 2014, making them for showers and parties.

An announcement of services is still pending.

UPDATE: Services will include a celebration of life memorial on February 14 at the Granada Theater from noon-1 pm, followed by a second event at Hotel ZaZa from 2-4 pm.