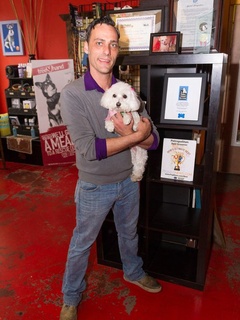 The Dallas Companion Animal Project is led by Chris Watts, co-owner of Petropolitan in downtown Dallas. Photo by Robert Bostick 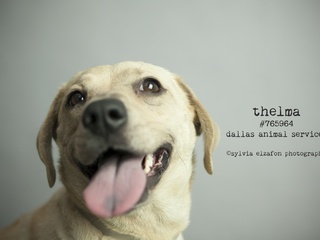 Some of Dallas' fiercest animal advocates have joined forces in a new organization designed to make their efforts more focused and powerful. Called the Dallas Companion Animal Project, it will serve as a clearing house and liaison between the dozens of local rescue groups and Dallas Animal Services, the city-run shelter.

The group began as a task force appointed by the City of Dallas in 2011, to steer Dallas' shelter toward becoming a "no kill" facility. Last year, more than 19,000 animals were killed, an average of 52 per day.

The Dallas Companion Animal Project (DCAP) is exciting because it brings together heavy-hitters who've achieved much on their own — most notably, Metroplex Animal Coalition and Dallas Animal Advocates. MAC hosts extensive spay-and-neuter programs, and DAA works to improve conditions for the animals and staff at Dallas Animal Services.

DCAP's major initiatives include spay and neutering, community outreach, facilitating adoptions, tending the feral cat community, and interfacing with rescue groups. They hope to function as a networker/traffic stop for anyone with animal-related needs.

"Right now, if a dog gets loose in your neighborhood, you put it on Facebook," says Chris Watts, owner of Petropolitan and president of DCAP, with rescue activist Maeleska Fletes as VP. "If the community knew that a resource was able to respond, it could facilitate a better situation for so many animals throughout the city of Dallas. The strength of the organization is that that we can take action on a larger scale."

MAC president Elaine Munch says that her group was excited to join because of the great strides that Dallas Animal Services manager Jody Jones has made.

"She's revolutionized the department and made sure that people do their jobs and do them well," Munch says. "People are happy to go there now. The shelter operates so efficiently for the animals. It's becoming a shining star for the city, and we're happy to be affiliated with them. It just made sense to join everything together and make a unified effort."

Jones is a highly regarded animal professional who came to the rescue of Dallas Animal Services in May 2011 after a bleak spell under previous manager Tyrone McGill, who was charged with animal cruelty.

"One of the reasons I came to Dallas is that I've never seen a more engaged community committed to making a difference and making life better for animals and citizens," Jones says.

Susan Gregory, president of Dallas Animal Advocates, says that one of the things she appreciates about the direction that the shelter has taken under Jones is its emphasis on the community.

"Reaching the community is the solution to the problem, and that's part of what DCAP's goal is," Gregory says. "We have too many animals being born, and we're already operating a vigilant spay-neuter program to address that, and working with rescue groups who help with adoptions. But if we can't reach pet owners and the community to create a different way of thinking about their pets, then what we're doing is useless."

The Dallas Companion Animal Project is led by Chris Watts, co-owner of Petropolitan in downtown Dallas. Photo by Robert Bostick