Police arrest man for series of rapes in Lake Highlands 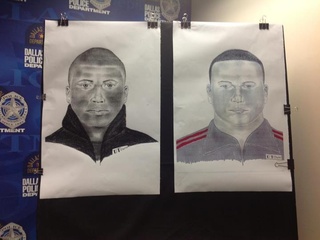 The Dallas Police Department has arrested a man in connection with the series of sexual assaults that took place in the northeast Dallas neighborhood of Lake Highlands on February 22, March 15 and March 19.

Cesar Benitez, 30, was arrested and charged with the rapes committed on February 22 and March 15.

According to a statement released on Tuesday, the DPD received an anonymous Crimestoppers tip on March 25 about an individual who resembled one of the composite sketches released by the police on March 22.

At about 1 pm on Tuesday, officers observed Benitez driving in North Dallas and initiated a traffic stop on southbound US 75 at Walnut Hill Lane. The suspect exited the freeway and drove into a parking lot where he abandoned the vehicle and fled on foot. Officers pursued the suspect and arrested him.

After transport to police headquarters, Benitez gave a voluntary statement admitting his involvement in all three sexual assault offenses. A palm print taken from the crime scene at the March 15 assault was a positive match.

DPD has requested that Dallas County jail not release the suspect's photo while the March 19 offense is under investigation.