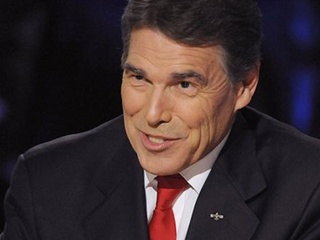 As part of a month-long celebration of its new $130 million campus, First Baptist Dallas hosted Gov. Rick Perry on Sunday, April 7. Perry never mentioned specific issues in his 6-minute speech, but many are taking his comments on non-judgmental love and directing them toward gay marriage.

After listening to Perry's remarks carefully, the characterization that our governor is coming around to the idea of gay marriage sounds like quite a leap. Perry toed the line of love and acceptance while still carving out a space for righteous condemnation.

Gov. Perry in his own words:

I'm mindful that I'm a depraved sinner in need of grace, and who amongst us is not?

I do believe it is right under the purview of scripture for the church to judge certain behavior as sin but that is totally different than judging fellow sinners.

We cannot condemn certain lifestyles while turning a blind eye to sins that in God's eye are just as grievous. We must love all, welcome all and be a model of Christ to all.

Pop culture be what it may, God's truth never changes.

Many people have latched onto Perry's statement about not condemning "certain lifestyles" as being supportive of gay and lesbian sexual orientation. However, it is worth noting that Perry equates these unnamed lifestyles to grievous sins.

Nevertheless, the accepting tenor of Perry's speech seemed to put the congregation of First Baptist Dallas on edge. After all, First Baptist Dallas was catapulted into the national spotlight in 2008 when Pastor Robert Jeffress proclaimed "Gay is not OK" in a sermon series.

There was little applause or reaction of any kind during Perry's remarks. After bombastically exclaiming that "God's grace is greater than any sin," Perry had to goad the audience to say "Amen," to which they sheepishly obliged.

Once Perry finished speaking and it was clear he had no contrarian agenda, it was all back-slapping and standing ovations. Check out the full video from WFAA.