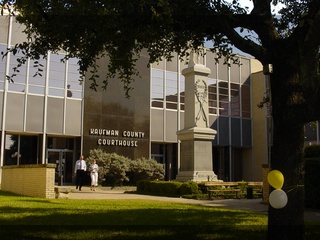 Despite what you may have heard, there wasn't another act of violence in Kaufman County April 9. The sheriff's office released a statement dispelling rumors of a drive-by shooting in the town of Combine. False reports stated that a county official and a law enforcement officer had been shot in the melee.

"There has been no shooting and all county officials are accounted for," the statement reads.

A caller reported hearing a gun shot in the area around 1 pm, and authorities quickly investigated the scene and found no evidence of foul play. Schools in nearby Crandall were temporarily placed on full lockdown as a precautionary measure.

Of course, gun shots are not uncommon in rural Texas towns, and Kaufman County officials acknowledged as much in the statement.

Daily law enforcement activities occur in the county simultaneously with the joint investigation of the murders of Mike and Cynthia McLelland and Mark Hasse. Other incidents will be reported and investigated that have no connection to the murder investigation. Gunshots are reported in the rural areas of the county on a very regular basis and are not uncommon.

The area is still reeling from the high-profile deaths, which remain unsolved. Crimestoppers has a $200,000 reward for information on the crimes, and the FBI is soliciting tips on the crimes via billboards in Texas, Oklahoma, Louisiana, Mississippi and New Mexico.

Although two people have been arrested for making threatening statements directed at county officials, neither of those men has been named as suspects in the district attorney murders. Initial theories about a motive in the killings focused on white supremacist groups, and assistant U.S. Attorney Jay Hileman stepped down as the lead prosecutor in the case on April 2.