Tragedy Strikes
Where is outrage about company negligence in West, Texas explosion? 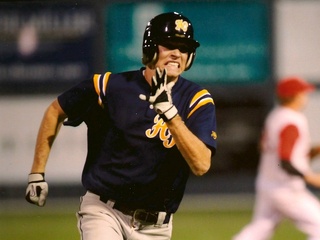 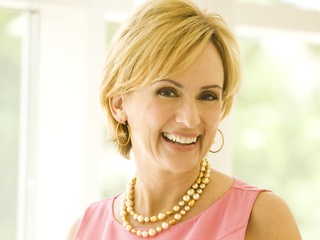 Attorney Charla Aldous won a $9.3 million verdict against the Episcopal School of Dallas for its role in a teacher's sexual assault of a student. texasbar.com

The legal battle between Ryan Romo and a 16-year-old girl who accused him of rape in October 2012 just got even more complicated. The girl, who is referred to as Jane Doe in court documents, has filed a civil lawsuit against Romo for mental anguish, physical pain and suffering, and medical treatment as a result of sexual assault.

Doe is now being represented by high-profile Dallas attorney Charla Aldous, who won a $9.3 million verdict against the Episcopal School of Dallas in 2011 for its actions in the aftermath of a teacher's sexual assault of a student. The case was later settled for an undisclosed amount.

Aldous, traditionally a plaintiff's attorney, will also defend her client against the Romo's recent defamation claim.

Attorney Charla Aldous says that the Romos' lawsuit "exists to punish Jane Doe" for reporting date rape and is replete with "nasty allegations designed to embarrass and cause distress."

After a Dallas County grand jury declined to indict Romo on charges of sexual assault in January, the Romo family sued his accuser for defamation and malicious prosecution. The Romos are seeking unspecified damages related to their son's lost athletic opportunities.

Ryan Romo was a star baseball player for Highland Park High School when he he was charged with sexual assault of a child. As a result, he was kicked off the team and was no longer considered a college or Major League Baseball prospect.

In an April 29 filing, Aldous says that the Romos' lawsuit "exists to punish Jane Doe" for reporting date rape and is replete with "nasty allegations designed to embarrass and cause distress." Aldous denied "each and every allegation" in the Romo's petition and demanded a jury trial.

Romo was an 18-year-old senior at Highland Park High School when he was charged with sexual assault of a child. He admitted to having a sexual encounter with a peer after a concert in October but claimed it was consensual.

According to the arrest warrant affidavit, Romo left a Ghostland Observatory concert at the Palladium Ballroom with Doe, a female Highland Park student. The two took a cab to Romo’s Chevrolet Tahoe; their stories differ about what happened subsequently.

Doe says Romo forced himself on her and that she told him to stop. Romo says the sex was consensual.

The Romos' lawsuit says that Doe was coerced into making false statements to the police for her parents' financial gain.

In response, Aldous says that the grand jury case was fraught with errors.

"Ultimately, the criminal justice system did not punish Ryan Romo, in part because of what appears to be an inadequate presentation of the case by the attorney in charge," the suit reads. "For reasons unknown, corroborating evidence was not presented to the grand jury, including the testimony of an examining gynecologist who was willing and will testify that, based on the physical trauma to Jane Doe, she in reasonable medical probability was forcibly sexually penetrated."

The lawsuit further claims that the Romos intend to cause Jane Doe and her family distress and to discourage sexual assault victims from coming forward in cases of date rape.

"This jury will have the opportunity to send a message that this community will support those making good faith claims of assault and not tolerate attempts to trample on victims," the suit reads.