City of Dallas to pay $390,000 to settle sexual harassment lawsuit 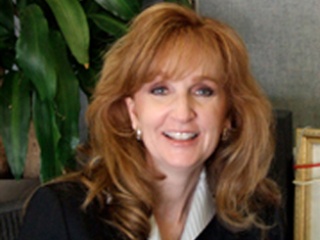 Leanne Siri joined the Dallas Fire-Rescue department after a career in the private sector. iafc.org

After four years of legal maneuvering, the City of Dallas is prepared to reach a settlement with a former Dallas Fire-Rescue executive. Leanne Siri sued the city and a host of officials in 2009, citing sexual harassment, discrimination and a hostile work environment.

Siri was subsequently fired for "poor work performance," and city manager Mary Suhm, fire chief Eddie Burns and other officials were all eventually dropped from the suit.

An accomplished professional, Siri was not going down without a fight. Her lawsuit aired the Dallas-Fire Rescue's dirty laundry and exposed "a culture of woman-hating."

Siri said males employees emailed her lewd photos and regularly referred to themselves as "pimps." Her lawsuit detailed the dissemination of several graphic photos, including one of "a woman completely naked with her legs spread," which was displayed during an employee presentation.

The city denied each and every one Siri's claims in a 2010 filing, claiming that the city "exercised reasonable care to prevent an correct promptly any sexually harassing and/or discriminatory behavior."

Apparently, the city has changed its tune and is now willing to pay Siri up to $390,000 for her troubles. The settlement is recommended for approval by the City Council during its May 15 briefing.

From baseball games to outer space, here are Midland's must-dos
Make a splash in Grand Prairie with swimming, shopping, and more
Work hard and play harder at the Texas A&M's 4-H Center