The Legislative Cocktail Hour
Texas Legislature to Feds: Come and take it (our digital data)
LATEST NEWS
From goat yoga to Beyonce ballet, try these DFW fitness events in July
Not Above The Law 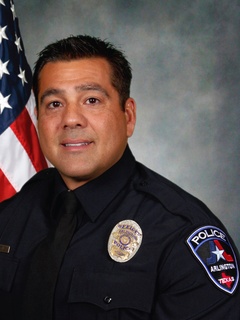 Former Arlington police officer Thomas Kantzos is at the center of an FBI investigation.  Photo courtesy of APD

Arlington police chief Will Johnson has fired officer Thomas Kantzos, a 17-year veteran of the force, amid an FBI investigation for steroid use and distribution.

Kantzos was arrested June 11 on federal fraud charges alleging he used his police access to criminal databases to tip off a known drug dealer of law enforcement activities. Johnson fired Kantzos on June 13 for "violating the public trust."

Two other officers were also being questioned by federal authorities. Officer David Vo, who was arrested but not charged in the steroid probe, committed suicide on June 11. Officer Craig Hermans, 34, is being questioned in connection with the investigation and has been placed on administrative leave.

"There's no way for us to say there's not a problem," Johnson said. "If I find out [police employees] are doing illegal drugs, they will be terminated."