The Legislative Cocktail Hour
Texas Legislature to Feds: Come and take it (our digital data)

Girl Power
Dallas ranks No. 3 in America for female business founders
LATEST NEWS
Hamilton, Wicked, and more big Broadway shows are Dallas-bound in 2021
Guns for Everyone 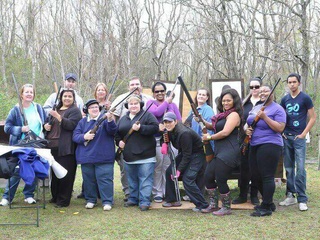 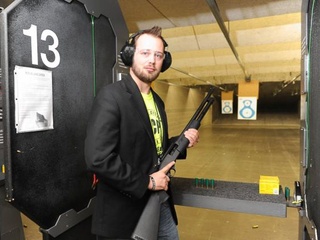 The northwest Houston community of Oak Forest is the first in the country to be a part of a controversial new grassroots initiative that aims to combat crime not by removing or restricting guns, but by encouraging them. The Armed Citizen Project — whose acronym, ACP, is also gun-owner shorthand for automatic Colt pistol — was founded by 29-year-old Kyle Coplen.

A recent graduate from the University of Houston's public administration MA program, Coplen spent his final semester conducting a study with the question, “Will having more guns reduce crime rate?” Coplen thinks it will, and the Armed Citizen Project plans to offer training — and free shotguns — in communities in the Dallas, San Antonio and Tucson, Arizona areas in the next several weeks.

“We’re not just tossing a bunch of shotguns into a community and walking away,” founder Kyle Coplen says.

In the midst of the ongoing national debate on gun control, Coplen hopes to illustrate that putting more guns in the hands of law-abiding citizens can help reduce crime.

The ACP website notes the case of Kennesaw, Georgia in the 1980s, when crime virtually disappeared (dropping by 89 percent) after the town's council passed an ordinance requiring the adult head of every household to own at least one gun with ammunition. Of course, other more recent incidents are on many Americans' minds: Sandy Hook, the Santa Monica College shootings, the movie theater ambush in Colorado.

Coplen is giving away 12-gauge, pump-action shotguns — with Houston's Oak Forest targeted as the first community. To get a free shotgun, residents must pass a background check and prove they have lived in their present home for more than a year. Residents are not given the guns right after completing training. There is a wait.

Coplen says the Armed Citizen Project is focused on protecting single women in high-crime neighborhoods around Houston. The nonprofit organization is funded through private donations.

“This organization is dedicated to training homeowners so that they may feel safe in the comfort of their own homes,” Coplen says.

Oak Forest has been dealing with a string of driveway robberies — many by armed crooks. Residents have found themselves confronted by armed robbers who followed them to their homes from nearby grocery stores and pharmacies.

“We’re not just tossing a bunch of shotguns into a community and walking away," Coplen says. "What we’re doing is finding residents who are interested in protecting themselves.”