Let Me Sum Up
Why I'm glad Texas schools are learnin' kids about the Bible and Jesus. Plus: Kirk!
LATEST NEWS
What to know before you go to this year's AT&T Byron Nelson tourney
This just in

Ryan Romo was a star baseball player before he was arrested for sexual assault of a child on October 29.  Area Code Baseball/Flickr 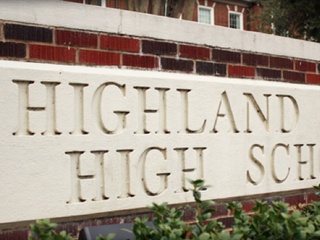 Although Ryan Romo is still technically a student at Highland Park High School, he has not been allowed on campus since October. His attorney says Romo has been doing his coursework from home.

Romo was an 18-year-old senior at Highland Park High School when he was charged with sexual assault of a child. He admitted to having a sexual encounter with a peer after a concert in October but claimed it was consensual.

According to the arrest warrant affidavit, Romo left a Ghostland Observatory concert at the Palladium Ballroom with a female Highland Park student, who was under the age of 17. The two took a cab to Romo’s Chevrolet Tahoe; their stories differ about what happened subsequently.

The girl, whose name has not been released because she was a minor at the time of the incident, says Romo forced himself on her and that she told him to stop. Romo says the sex was consensual.

After filing a police report, University Park Police investigated the girl’s claims and recorded her phone calls with Romo.

In the calls, Romo said he wanted to hang out with her again and described their previous encounter positively. The girl told Romo that she wished it “hadn’t happened like that” and that she wanted him to stop, but he didn’t listen.

The police arrested Romo on October 29 on charges of sexual assault of child, a second-degree felony. A grand jury did not find probable cause that Romo committed a crime; barring the discovery of new evidence, the case will not go to trial.

Romo was a star baseball player at Highland Park High School before the charges against him. As of this writing, the 19-year-old is not listed on the team roster.

Ryan Romo was a star baseball player before he was arrested for sexual assault of a child on October 29.  Area Code Baseball/Flickr