Why Ted Cruz doesn't deserve a honeymoon. (Hint: because he's dangerous.) Plus: Italians!

Why Ted Cruz doesn't deserve a honeymoon. (Hint: because he's dangerous.) Plus: Italians! 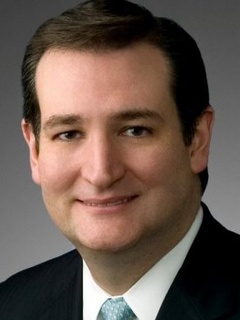 U.S. Sen. Ted Cruz is already being singled out nationally as a Republican loose cannon. Doi.

His partner in crime, Sen. John Cornyn, is often wrong, but he's not crazy. 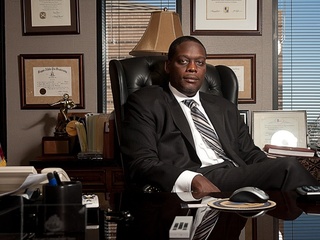 Dallas DA Craig Watkins is trying to get a statewide bill introduced that won't pass but will further his civil-rights resume. Dallas South News

In the glow of yesterday’s stirring inauguration, I think it’s a good idea to focus again on those Texans who can’t understand how the world has passed them by, how governing by fear and cowardice will only speed their party’s dissolution.

I’m of course talking about only one Texan: U.S. Sen. Ted Cruz.

First, let’s understand something. We are not living in an overtly liberal time. President Obama may have mentioned civil rights for all, specifically including people of color and gays, but in 2013 that’s just recognizing the world for the diversity it holds. He does not adhere to Dr. King’s long-forgotten vision for a world without military arrogance. Drone strikes are still killing innocent people. We’re still spying on our own citizens.

(You want to read a liberal vision? Read FDR’s second inaugural address: “… we have begun to bring private autocratic powers into their proper subordination to the public's government.”)

No, what we are living in now is an era of pragmatism and data. For example: The president mentions climate change because he must, because the data is staggering and the consequences of ignoring it catastrophic.

A New Pragmatism has value. It brings with it hope. Hope that legislators can see that hardline stances on either side will ultimately ostracize reasonable voters, that it is incompatible with an increasingly youthful, smarter, more-engaged electorate. A generation that understands nuance and complexity.

Unless you’re Ted Cruz. Then you embrace balls-to-the-walls crazy. As the New York Times noted in a Sunday editorial, Cruz “embodies the rigidity the public grew to loathe in Congress’s last term.” The editorial explains:

Unlike 85 percent of the Republicans in the Senate, he would have voted against the fiscal cliff deal. He says gun control is unconstitutional. Breaking even with conservative business leaders, he would have no qualms about using the debt ceiling as a hostage because he believes (falsely) that it would produce only a partial government shutdown and not default.

This is standard operating procedure in Texas. Our rural-fed stubborn cow of a legislature won’t even let its citizens vote on money-raising bills that they favor. But nationally, it’s an embarrassment. That people like Cruz are not being marginalized but instead given real power within Congress should make me happy, being a Democrat. But I’m also a strong believer in the possibility of the federal government to do good, to lead the country, to protect its citizens against corporate malfeasance, and people like Ted Cruz greatly hinder that possibility.

He is not like John Cornyn, a person with whom I disagree often (always?) but who takes his job seriously. As a retiring Republican member of Congress recently said of Cruz and his ilk: “These guys are okay when it comes to ideology and dogma, but they don't have a clue how to participate in the legislative process.”

Ted Cruz invited a short honeymoon, coming into Washington with his chest stuck out and his fly halfway unzipped. I hope the mainstream press in North Texas gives him the attention he craves and doesn’t abdicate such examination to large papers from the Northeast. The damage Cruz plans on inflicting is too great to ignore.

I met a Tarrant County teacher this weekend and asked her if she was going to the gun range yet or still wasting time with lesson plans. We had a good laugh. I don’t think she teaches in Cleburne, or she would not have been laughing. Because she loves teaching children, not being subjected to cowboy nut jobs' gun-toting policy.

Dallas DA Craig Watkins wants to introduce a dead-on-arrival bill that would “allow criminals to appeal their conviction or sentence on the grounds that race was a factor.” I do admire the man’s moxie. And his resume-building skills.

Did you read the whiny little beetch who designed the original AA logo complaining about the new one? Gives Italians a bad name.

The FAA is "modernizing" by switching from Lotus Notes to Microsoft Outlook. Yeesh. online.wsj.com/article/SB1000…

U.S. Sen. Ted Cruz is already being singled out nationally as a Republican loose cannon. Doi.

His partner in crime, Sen. John Cornyn, is often wrong, but he's not crazy.