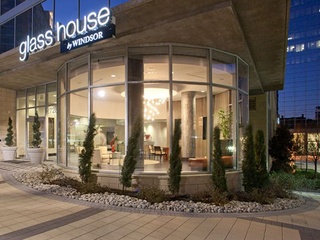 A Dallas attorney died in a shootout with police at his Uptown condo. Windsor Communities

Editor's note: Another week has come and gone, and there's a lot we all probably missed. But we're looking out for you, kid. Here are the most popular stories from this past week:

1. Litany of drugs, ammo and ID's seized from slain attorney's Uptown Dallas condo. More information is slowly trickling out in the bizarre death of attorney Michael Schmidt, who died in a shootout with police on January 2. According to court documents, Dallas police seized ammo, prescription pills and various drug paraphernalia from Schmidt's 19th floor condominium on McKinnon Street the day of the shooting.

3. Texas farmer reveals 8 secret sources for best seeds. Aspiring Texas farmer Marshall Hinsley clues in readers on his favorite seed sources. "I've come to learn that the 'one size fits all' seed lineup at chain stores is a disappointment," he writes. "Seed selection does have an effect on the success of your crops."

4. Surprising new foodstuff dethrones cookie butter on Trader Joe's top 25 products of 2013. Gourmet foodie emporium Trader Joe's has released its list of top products for 2013, and it's bad news for Speculoos cookie butter. The gingerbread spread has been toppled by an even more ginger-y interloper: triple ginger snaps.

5. Trial begins for Dallas man accused of murdering neighbors in dog-poop dispute. Chung Kim, a 76-year-old South Korean man, allegedly shot and killed his neighbors Michelle Jackson and Jaime Stafford after a prolonged dog-poop dispute. After a three-day trial, a jury found him guilty of capital murder, and he was sentenced to life in prison without parole. Through an interpreter, Kim promised an appeal with new lawyers paid for by the Korean government.

A Dallas attorney died in a shootout with police at his Uptown condo. Windsor Communities

Oak Cliff: The underestimated, historic, and culturally rich neighborhood
Zero-lot-line homes in Dallas: Everything you ever needed to know
Lower Greenville: The hip and friendly neighborhood where everyone's welcome