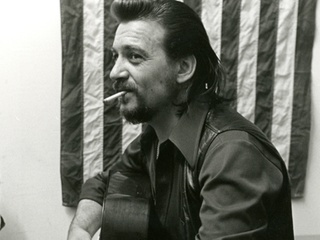 Each year, the Texas Heritage Songwriters' Association celebrates troubadours who have left a mark on the Texas music industry by inducting them into its Hall of Fame. This year, the organization is bringing out the big guns with some legendary inductees — and performers.

The 2014 honorees are Waylon Jennings, Buck Owens and K.T. Oslin. Grammy Award-winning Oslin will perform at the program, while Waylon Jennings and Buck Owens — both being inducted posthumously — will be honored with performances by some of country music's biggest icons.

In what's sure to be an intimate, touching tribute, Jessi Colter, Jennings' wife and longtime singing partner, will perform alongside their son, singer-songwriter Shooter Jennings. Kris Kristofferson, a previous inductee (and part of The Highwaymen super group with Jennings, Johnny Cash and Willie Nelson) will also pay tribute to the country outlaw.

The ninth annual event will be held June 22 at ACL Live at the Moody Theater in Austin. The awards show will close out a weekend-long "homecoming" celebration featuring a host of Texas songwriters. Tickets to the event go on sale April 15.