Looking for Love, round 1
Fifty shades of cray, bridal gowns and back flips steal the show on The Bachelor premiere
LATEST NEWS
Rich people and morality collide in the desert in The Forgiven
Celebrity news 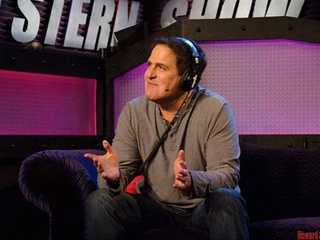 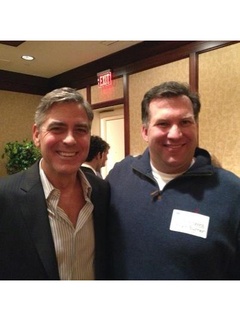 If you were a big somebody in the Dallas-Fort Worth spirits world, you got to sip tequila on Monday with dreamy Hollywood actor George Clooney, who was in Dallas to promote a new tequila he's launching with hotel impresario Rande Gerber called Casamigos.

Clooney and Gerber's visit was part of a road trip to promote their new venture; Dallas was one of a number of select cities that include Los Angeles, Las Vegas and Miami. The tequila debuts nationally this spring.

Restaurateur Al Biernat started the gossip mill rolling on Sunday night when he leaked on Facebook that Clooney was in town.

Restaurateur Al Biernat started the gossip mill rolling on Sunday night when he leaked on Facebook that Clooney was in town, commenting wistfully that he hoped they would stop by Al Biernat's. "We just happen to have six bottles on hand, just in case," he wrote.

Instead, Clooney and Gerber held court at the Hotel Intercontinental, where liquor distributor Glazer's hosted a tasting for a group of just over a dozen elated restaurateurs and high-end liquor stores. An even smaller group reportedly had dinner with the suavely handsome thespian.

According to the New York Post, the pair first came up with the idea of creating a tequila after Gerber scored a hit with Caliche Puerto Rican rum, which he launched in 2012. Fashion buffs know that Gerber is married to supermodel Cindy Crawford.

Most attendees remained mum about the Dallas event, but a few couldn't resist crowing on the Casamigos Facebook page. "The Tequlia [sic] is fabulous! The Silver and Reposado both are so smooth and taste great," said one attendee.

FrontBurner president Jack Gibbons posted a photo of himself with Clooney and said that the actor was fun and gracious.

"I was telling my kids that I can't go home without a picture, so George handed someone my camera, and said, 'Take a picture of us,'" Gibbons said. "He said, 'Jack we’re going to do a fake left, like a football plan. You're going to look like I told you the best joke you ever heard.' He had this laugh, his head was rolling back. He did it better than I do. He's so good at that.

"The guy is unbelievable. He oozes charm," he said.

Lakewood Heights: Where the architecture is as diverse as the residents
The Fairway: University Park’s close-knit community where neighbors feel like family
Southlake: Friday night lights complete the area's small-town feel