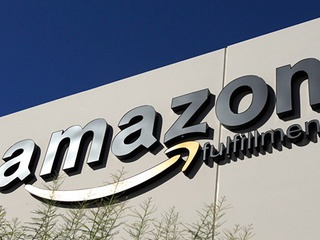 Amazon delivery is now available on Sundays.  Photo by Wallstplaybook.com

Drone delivery may still be a pipe dream, but seven-day-a-week delivery is here now. DJGabrielPresents/YouTube

Dallas is racking up the Amazon perks lately: The company announced May 8 that Dallas is among 15 additional U.S. cities to get Sunday delivery. This news comes on the heels of the same-day delivery options we just scored in Big D.

Working in conjunction with the U.S. Postal Service, Amazon is expanding the seven-day-a-week delivery option beyond New York and Los Angeles, where it has been available since November 2013. Texans are certainly the big winners, with Dallas, Austin, Houston, Waco, College Station and San Antonio included in the expansion.

Texas is the big winner, with six cities included in the expansion.

The service is available starting immediately to Amazon customers, who will see the Sunday delivery option during checkout.

What do folks tend to purchase on Sundays? Mike Roth, Amazon's vice president of North America operations, said in a release that baby products, including apparel, books and toys, have been the most popular items. "Sunday delivery is clearly crossing errands off the weekend to-do list," he said.

Other cities where the new service is now available include Cincinnati and Columbus, Ohio; Indianapolis, Indiana; Lexington and Louisville, Kentucky; Oklahoma City; Philadelphia; and New Orleans and Shreveport, Louisiana.

Amazon delivery is now available on Sundays.  Photo by Wallstplaybook.com

Swimming holes and wine via a luxe RV: Your Hill Country guide
Aim for healthy holiday travel this year behind the wheel of a RV
Make the most of Marfa and West Texas by road-tripping in a luxe RV