Dallas Wine Chick
The good, the bad and the funny of celebrity wines
LATEST NEWS
These are the 5 best things to do in Dallas this weekend
Restaurant Wars 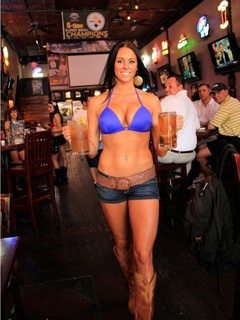 According to the federal government, there's only one true "breastaurant," and its name is Bikinis. Bikinis Sports Bar & Grill/Facebook 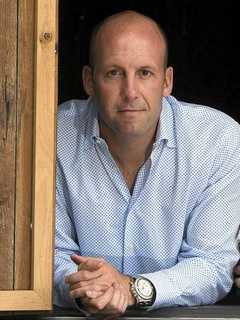 The federal government has made a landmark decision, one that's likely to change the nation's culinary landscape forever. Doug Guller — owner of Austin-based Bikinis Sports Bar & Grill and a small town he rechristened “Bikinis, Texas” — revealed that he officially trademarked the word "breastaurant" through the U.S. Patent and Trademark Office.

Long used as a snarky moniker to describe the Hooters-style dining concept, some thought the term was an embarrassment to owners of chains like Twin Peaks and Bone Daddies.

“Breastaurant” is now officially a trademark phrase recognized by the U.S. Patent office.

But not for Guller, whose pioneering efforts to take back the derogatory term have now given him exclusive rights to the word as the cleavage-and-chicken-wings industry continues to boom across the country.

“We’re really excited about receiving this federal trademark,” Guller said in statement. “Our team has worked hard over the last seven years to offer a unique experience to our fans. It just further solidifies that Bikinis Sports Bar & Grill is America’s only breastaurant®.”

Note Guller's careful use of “unique” — especially considering that, like its rivals, Bikinis is virtually identical to a Hooters, except it's a little newer and the waitresses wear cowboy boots and bikinis instead of white tank tops and creepy schoolgirl sneakers.

As the company continues efforts to expand from 12 breastaurants to 50 by 2018, Guller is moving along with his plan to convert the city of Bikinis into the Lone Star State's biggest party town. The Austin Business Journal reports that a proposed reality show about the town is also in the works.

According to the federal government, there's only one true "breastaurant," and its name is Bikinis. Bikinis Sports Bar & Grill/Facebook