Top Dallas Lunch Spots
The best restaurants in Dallas for ladies who lunch
LATEST NEWS
Where to see the most spectacular Christmas lights in Dallas for 2021
Irving Is Hot!

Kansas City gastropub debuts in one of Dallas' most thriving suburbs

Kansas City gastropub debuts in one of Dallas' most thriving suburbs 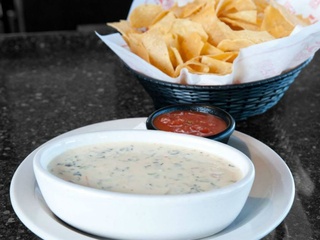 That's it, we might as well all give notice and move to Irving, which will soon be home to another notable restaurant. 54th Street Restaurant & Draft House, a casual dining chain from Kansas City, Missouri, is opening an outlet in Irving at 1850 Market Place Blvd., where it will serve lunch and dinner; opening day is Monday, April 20.

54th Street was founded in Kansas City by Thomas E. Norsworthy; it's a family-owned chain, not a franchise. There are 22 locations in Kansas City, St. Louis and San Antonio; two more are set to open in San Antonio in 2015, and more locations are in the works for the Dallas area.

According to a release, the chain offers quality food and drink, most made from scratch. There are 20 appetizers, 10 salads, and 30 burgers and sandwiches. There are steaks, ribs, seafood, pastas and even Mexican food, consisting of tacos and "sizzling" fajitas. There is also a newly introduced gluten-free and vegetarian menu.

"We're not kidding when we say there is something for everyone," reads the release.

The bar features an open keg room, with 54 beers on tap, featuring technology that maintains the drafts at 29 degrees. Cocktails include a jalapeño margarita, spiked cherry limeade and the house favorite Bahama Mama.

A climate-controlled patio stays open seasonably all year, with glass panel walls that open to couch-style seating and a fire pit with big-screen televisions. The style is described as eclectic and retro yet upscale.

Plano: Pair of top agents spreads the word about this family-friendly area
Northwest Dallas: A mix of home styles gives each community character
Briarwood: The Lovers and Inwood neighborhood that's close to everything

Delight everyone on your holiday list with these gorgeous gift ideas