Waxahachie favorite Campuzano brings its Tex-Mex to the big city

Waxahachie favorite Campuzano brings its Tex-Mex to the big city 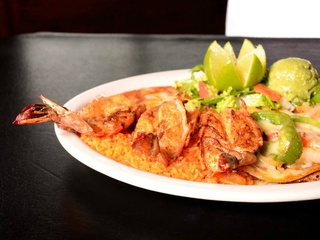 Tex-Mex restaurant Campuzano, a mini-chain with branches in Waxahachie, Midlothian and Cedar Hill, is set to hit the big city this summer. It will open a fourth location on Oak Lawn Avenue, a couple of doors down from Zaguan Cafe.

The Dallas branch will open "in a couple of months," according to a a manager at the Waxahachie location. "The owner was looking for a space in Dallas for a long time."

Campuzano's menu is pretty typical Tex-Mex, with margaritas, enchiladas, fajitas, tacos al carbon and carne asada for $16, plus a carne asada-huevos rancheros combination for $15. There's a notable dessert called banana burritos, with a banana wrapped in a thin pastry, fried and served with ice cream.

The owner of Campuzano is Randy Brian Harding, but his son Brian bops from branch to branch. They opened the first restaurant in Waxahachie in 1999, followed by Midlothian and then Cedar Hill. None of those faces much competition in those towns, and the chain earns raves. But how will it fare in Dallas?

The Dallas location will be at 2618 Oak Lawn Ave., taking over the former office space of lawyer Robert S. Gregg, who moved out three years ago. The property is owned by Heritage Capital Corporation, an investment arm of Heritage Auctions.

It looks like an old house, which fits Campuzano's established pattern of moving into old spaces and refurbishing them.