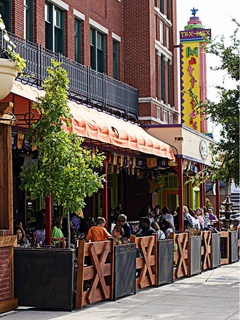 In response to customer demand, Mattito's Tex-Mex has created a vegetarian menu, available at all four locations. With minor modifications, two three of the five items can also be vegan, meaning there is no dairy.

The menu includes the following dishes:

Mattito's always had items on its menu that could be made vegetarian. But a decision was made to increase the options and give them more emphasis, says owner Jeff Frankel.

"We've been finding that there are more people who are wanting to eat vegetarian, and we wanted to make it easier," he says. "So we added some new items and broke it out into a separate vegetarian menu."

They also created a new vegetarian rice, flavored with cilantro and lime. "Our regular rice has chicken stock; this has no chicken stock," he says.

Two of the items — the three-cheese enchilada and the relleno — can't be  vegan because they have cheese.

"Those wouldn't fit that criteria," Frankel says. "But the potato flautas are vegan already, and the two mushroom items — the enchiladas and the fajitas — can also be vegan if you skip the sour cream, and substitute a side dish for the avocado cream slaw."

"People were asking for this," he says. "One of our restaurants is out in Las Colinas, an area with a large Indian population, who are definitely eating vegetarian. But we get requests for it across the board.

"People are eating more in this direction, and we felt like we needed to be proactive on it."