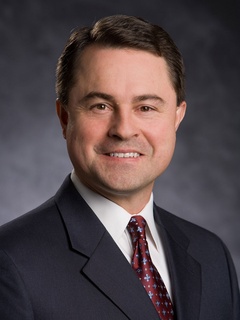 A Meatless Monday program at the school district in Drippings Springs, about 25 miles west of Austin, has Texas Agriculture Commissioner Todd Staples contradicting himself and making less than truthful statements about nutrition.

After learning that some Texas school districts have adopted a Meatless Monday policy at a few of their campuses, Staples wrote a fearful editorial for the Austin American-Statesman, calling the Meatless Monday initiative "a carefully orchestrated campaign that seeks to eliminate meat from Americans' diets seven days a week — starting with Mondays.

"We cannot force such an agenda-driven diet on anyone who has not chosen such a diet — especially our school children," he wrote. "To deprive them of a meat-based protein during school lunch is most likely depriving them of their only source of protein for the day."

According to federal guidelines for child nutrition, even if a meal is 100 percent plant-based, a child would still receive adequate protein.

John Crowley, who heads childhood nutrition services for the Hays County district in which Dripping Springs is located, defended the benefits of the Meatless Monday program, saying that it's intended to encourage healthy and environmentally conscientious eating. "Are we having a war on meat in Dripping Springs? Definitely not," he said.

The agriculture commissioner in Texas oversees the agency that administers school lunch programs. School districts in Texas are beginning to embrace Meatless Monday programs, including Houston ISD, one of the first in the state to do so. Meatless dining has become an increasingly popular option at the college level, with a program at the University of Texas at Dallas and a dedicated vegan cafeteria at the University of North Texas, the first in the country.

Meanwhile, Staples just wrote a piece for the Spring Observer on the drought, encouraging Texans to do their part and avoid wasting water. Raising livestock uses a disproportionate amount of water; according to a computation by VegSource.com, you can save more water by not eating a pound of beef than you would by not showering for a full year.

Staples received major funding from the agriculture industry; high on his list of "top contributors" are the Texas & Southwestern Cattle Raisers Association and the Texas Association of Dairymen. According to the Statesman, his campaign has received at least $116,000 in contributions from beef producers and ranchers since 2010.

Grapevine: Raise a glass to a picturesque area steeped in history
Midway Hollow: A blend of home styles with a strong sense of community
Colleyville: A peaceful area that's close to all things fun