Giddy About Goat Cheese
Dairy goats may be divas, but Caprino Royale knows just how to handle them — and make some pretty serious chèvre

Schnitzel and Spaten in Addison
Oktoberfest: The Germans did a good thing when they made beer mugs so big
LATEST NEWS
Dear Evan Hansen soars with songs, but struggles with words
Pricey quaffing 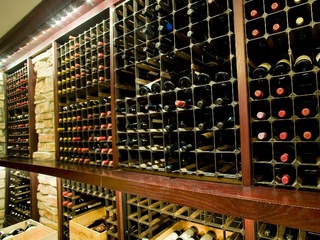 Pronounced "koo-dah foo-drah," Coup de Foudre is a highly regarded Napa Valley winery that has been making wines since 2004. Its name is French for the moment when lightning strikes. Only five cases of the 2010 Lightning Bolt Blend were created for the auction.

The exclusive blend will be released in November, and you can buy a bottle for $295 at Del Frisco's. Unfortunately, the only way you can try it is by springing for the bottle; a spokeswoman said that the wine was so rare that the steakhouse would not be selling it by the glass.

O'Day competed for 200 lots during a rousing live auction that was held at the Culinary Institute of America in St. Helena, California, in February. Coup de Foudre winemaker Kent Jarman said that as they were tasting their 2010 Cabernet Sauvignon, one barrel was so good that they held it aside for his premiere blend of Cabernet Sauvignon elevated by 2 percent Petit Verdot and 4 percent Cabernet Franc. Jarman described the wine as having intense blueberry, dark chocolate, vanilla bean and ripe cherries.

Del Frisco's Double Eagle Steak House has nine locations in New York, Philadelphia, Boston, Las Vegas, Dallas, Fort Worth, Houston, Charlotte and Denver. It will open another branch in Chicago at the end of 2012.