Fun in the Kitchen
The big takeaways from MetroCooking Dallas: 5 fave foodie finds and where to buy them
LATEST NEWS
Dallas one of only 13 cities in the world to host this pop star pop-up
TV toques 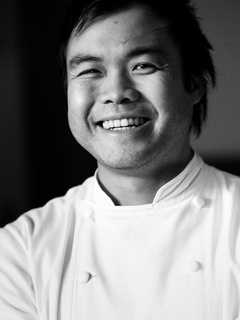 To squeeze out every last drop of blood it can from the Top Chef franchise, Bravo Media has opened a branded restaurant, called Top Chef Kitchen, in collaboration with the operators of a new restaurant called Distilled NY.

According to a release from Bravo, the restaurant is a limited-edition, pop up-type restaurant that will open on Tuesday, October 16, for one month. Stalky fans can meet the cheftestants and eat the dishes they've watched prepared on the TV show.

As Bravo marketing VP Ellen Stone says so eloquently, "Fans can meet a range of our talented cheftestants and taste for themselves what it's like to participate in a Top Chef dinner that, until now, they've only seen on TV."

Diners can go to the Top Chef Kitchen website or Open Table to make a reservation, learn more about the restaurant, see chef schedules and review the menus.

According to the schedule, Edward Lee and Mike Isabella will be cooking the week of October 16-21. October 23-28 is the official Texas week, as Derry and Qui will cook in tandem that week. Each chef has a menu: Derry's begins with mascarpone ravioli, followed by trout, pork belly and banana pudding. Qui opens with soubise, followed by chicken wings, roasted chicken and buttermilk sorbet.

October 30-November 4 has a girl-power theme, with feisty chefs Tiffani Faison and Jennifer Carroll. November 6-11 is Richard Blais and Grayson Schmitz, and November 13-18 is Antonia Lofaso and super-dreamy Fabio Viviani.

Dinner will be served Tuesday through Sunday. Dining options include a four-course prix-fixe menu with or without wine pairings — but definitely without meeting the chef. The autograph-seekers will have to make a reservation at the chef's table, where they'll get an eight-course tasting menu with wine pairings and the chance to grope the chefs.