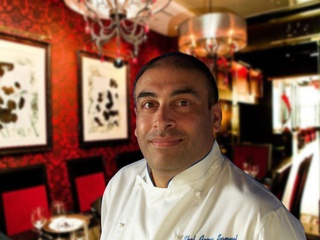 Chef Avner Samuel has returned to the Dallas dining scene as a menu consultant for Lombardi Family Concepts. Founder Alberto Lombardi also has other plans for his restaurant group, which includes Bistro 31, Lounge 31, Taverna, Toulouse, Sangria and Lombardi Catering.

Samuel was instrumental in developing a new fall menu for Bistro 31 in Highland Park Village. New additions include ravioli neri of langoustine and scallop with lobster sauce, short ribs on cedar stone grits, and seared Jidori chicken. The restaurant has also added Sunday and Monday specials.

Samuel's past restaurants have included Aurora, Nosh Euro Bistro and Snack. Lombardi said that he's thrilled to have an incredible talent like Avner on the team. "He brings a new vision and insight, which we love," Lombardi said.