Cocktail Klatch
Christy Pope and Chad Solomon don't want to reinvent cocktails, just how you think about them
LATEST NEWS
5 affluent Dallas-Fort Worth cities cash in among the richest in Texas
Philly cheesesteaks too 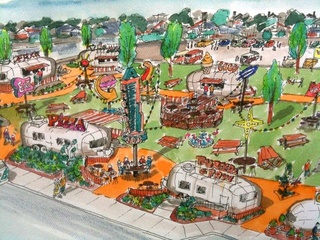 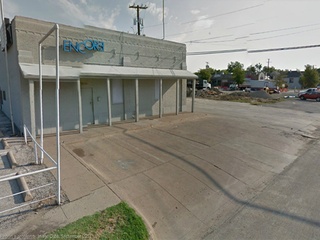 Future home of Trader Joe's, across the street from the Lower Greenville food truck park.

Nearly two years after its conception, the food truck park going in on Lower Greenville Avenue has taken a major step toward reality with the appointment of a steward: chef Jason Boso. The Twisted Root founder has been tasked by landlord Madison Partners with creating a restaurant hub around which the food truck park will revolve.

Boso will not only oversee the food truck operation, but he'll also open a restaurant on-site. It doesn't have a name yet, but it does have a cuisine: Philly cheesesteaks, with a full bar serving craft beers and cocktails. It's slated to open in May 2013.

Boso will not only oversee the food truck operation, but he'll also open a restaurant on-site. The cuisine: Philly cheesesteaks.

"Our food will be Philly cheesesteaks, but the kind of place where you stand and talk to the cook — 'Lemme have some peppers' — and he'll make it right in front of you," Boso says. "And then a pretty nice full bar with some good draft beers and cocktail service, for that backyard area that'll be shared with the food trucks."

As for the food trucks, he wants to make sure there are enough on hand to give customers a few options.

"We'll go for three to four food trucks, just to get some synergy going," Boso says. "I think the biggest challenge will be keeping them there six to seven days a week, lunch and dinner."

"We're right across from the front door of TJ's, and I like that," Boso says. "We're sharing the parking right of easement with TJ's, and that's one of the things I'm most excited about. It'll be easy to get in and out, and our traffic flow won't be at the same time."

Construction on Trader Joe's is almost underway; demolition of Encore, the nightclub that sits where Trader Joe's will eventually go, is set to begin Thursday.

The food truck park will be greener than the usual gassy meet-up, because Boso will run electricity to the trucks.

The food truck park will be greener than the usual gassy meet-up, because Boso will run electricity to the trucks. "No noise or stinky smell — it'll be a little more environmentally friendly," he says.

Boso was tapped by Madison, who first took a chance on him in 2006 when he opened the original Twisted Root in Deep Ellum.

"It was owned by Lou Reese [now deceased], who helped me get started by trusting some young dumb cook who didn't have much experience," Boso recalls. "When they saw how I was able to turn that little Twisted Root into a success, they came to me with this and asked if I had any ideas."

He's been busy opening Twisted Roots in locations like the one near SMU, as well as the recent opening of Tacos & Avocados in Roanoke. But his expansion has actually given him more free time.

"I've got more people on my team, so I'm not having to spend all my time in an office," he says. "Something like this, it's straight-up fun."