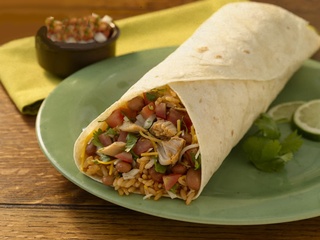 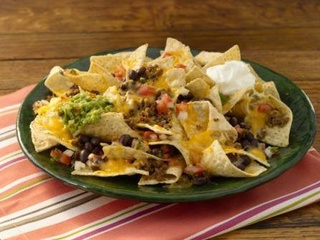 Taco del Mar is known for doing a better version of fast-food Tex-Mex than its competitors. Taco del Mar/Facebook

Taco Del Mar, home of the mondo burrito, has begun its Texas invasion. In the past few months, the Seattle-based fast-food chain has opened three branches around Dallas-Fort Worth, including Irving, North Dallas and Richardson, which just opened two weeks ago.

The chain was founded in Seattle in 1992 and has more than 250 locations across the United States and southwest Canada. It's known on the West Coast for doing a decent, slightly fresher version of Americanized Mexican food than its competitors.

Expect to see more of Taco Del Mar. The company's goal is to open more branches, next to existing Subway stores whenever possible.

The company underwent a makeover in 2010, after a purchase by Fred DeLuca, founder of Subway. The service style was adapted to an assembly-line model.

"It's like Subway," says Taco Del Mar regional manager John Hickey. "You go through a line and pick out your basic item – taco, burrito, enchilada, bowl – and specify ingredients. You come through, and we make whatever variations work for you."

"The only animal product here is an actual animal product," Hickey says. "We are very sensitive to vegetarians, vegans, gluten-free and diabetic diners."

The mondo burrito is a $6 meal with your protein of choice and whatever rice, chopped tomatoes, lettuce, shredded cheese, pico de gallo and other accents your taste buds desire.

Tortilla options are also numerous, from soft white corn and flour to wheat, spinach and tomato-basil. And how about this: Burritos come in two sizes, medium and large.

"We have two sizes of everything — burritos, salads, bowls, nachos," Hickey says. "The smaller size has been a big hit at our Preston location, because it's such a business crowd. People choose the smaller size, because they can't go back to work all stuffed."

The North Dallas store went into part of what was formerly a Blockbuster store at Coit and Preston roads. The Richardson location took over a popular Starbucks at Coit and Belt Line roads, which shut down when Starbucks scaled back in 2008.

If you like Taco Del Mar, you can expect to see more: The company's goal is to open more branches, next to existing Subway stores whenever possible. "That way, if you're not in the mood for a sandwich, you can have a burrito," Hickey says.