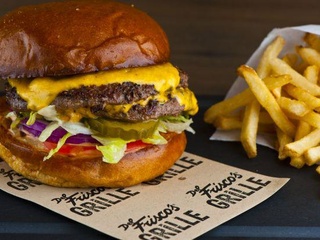 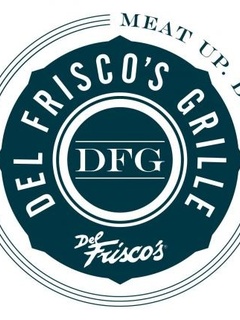 Del Frisco's Grille, the more casual, less-pricey younger sibling of the Del Frisco's steakhouse chain, will open a branch at 420 Commerce St. in Fort Worth's Sundance Square Plaza. When the doors open in late 2013, it'll be the second Del Frisco's Grille in the area; the first opened on McKinney Avenue in Uptown Dallas in November 2011.

Del Frisco's Double Eagle Steak House has occupied a space on Main Street in Fort Worth for 17 years.

Del Frisco's Grille is the first restaurant to sign a lease in the new plaza in Sundance Square.

"As a Texas-based company, we are thrilled to open Del Frisco's Grille in Fort Worth, and Sundance Square is an ideal location," said Mark S. Mednansky, CEO of Del Frisco's Restaurant Group.

Del Frisco's Grille is the first restaurant to sign a lease in the new plaza in Sundance Square, a 35-block retail and entertainment district in the heart of downtown Fort Worth. The Commerce Building restaurant will be two stories tall and cover more than 9,000 square feet, including a large patio.

Sundance Square plaza is being called a new focal point for Fort Worth. It'll be flanked by two new buildings currently under construction: The Westbrook on the west and The Commerce to the east.

Along Third Street, the north side of the plaza will be framed by the historic Jett Building and a new multipurpose pavilion. On the south side of the plaza, a double allée of trees will define the nearly one-acre site. The plaza is scheduled to be completed in October 2013.

Sundance Square president and CEO Johnny Campbell said in a release that this would the first of many announcements coming in the next few months about retail and restaurants in the plaza.