Party All the Time
You wanna be smarter and live longer? Then drink and have more sex. 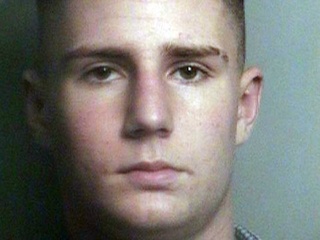 A white Texas man has been charged with a federal hate crime for allegedly assaulting a 79-year-old man because he was African-American. Katy resident Conrad Alvin Barrett, 27, was arrested on December 26 for violating the Matthew Shepard and James Byrd Jr. Hate Crimes Prevention Act.

In announcing the arrest, the FBI detailed the disturbing evidence, which included videos of Barrett making racial slurs, planning the attack and delivering a "knockout punch" to the man's jaw. The FBI describes the "knockout game" as an assault in which an assailant aims to knock out an unsuspecting victim with one punch. There have been similar incidents dating as far back as 1992.

The FBI detailed the disturbing evidence, which included videos of Conrad Barrett making racial slurs, planning the attack and delivering a "knockout punch" to the man's jaw.

According to the FBI, Barrett had been working up the "courage" to play the knockout game for weeks. In a November 24 video, Barrett purportedly says that "the plan is to see if I were to hit a black person, would this be nationally televised?" Moments before punching the elderly man, Barrett says on video that he would not hit "defenseless people."

In a video Barrett is believed to have recorded himself, he punches the man with such force that the man immediately falls to the ground. Barrett then laughs and says "knockout" before running to his vehicle. The blow fractured the victim's jaw and caused him to be hospitalized for several days.

"It is unimaginable in this day and age that one could be drawn to violently attack another based on the color of their skin," FBI agent Stephen L. Morris said in a statement. "We remind all citizens we are protected under the law from such racially motivated attacks and encourage everyone to report such crimes to the FBI."

Houston criminal defense attorney George Parnham is representing Barrett. Parnham did not not immediately respond to CultureMap's request for comment, but he told CBS News that Barrett is bipolar and has been prescribed heavy medication. Parnham's previous high-profile clients with mental illnesses include Andrea Yates and Clara Harris.

Barrett worked as a landman at Quantum Resources Management in Houston. An acquaintance who worked in the same building as Barrett described him as an average guy who enjoyed hunting and fishing. "He seemed perfectly normal," the acquaintance said, adding that Barrett was married and had recently purchased his first home.

Others who grew up with Barrett in Katy said he was a troublemaker who loved paint ball and the video game Counterstrike. Barrett's former classmates at Katy High School expressed disgust for the crime on social media.

"He was always getting into trouble," one comment read. Another former classmate who wished to remain anonymous said he was "appalled but hardly surprised" by the accusations against Barrett. (Editor's note: the author also attended high school with the defendant.)

If convicted of a hate crime, Barrett faces a statutory maximum of 10 years in prison and a $250,000 fine.