Choosing this year's 40 Under 40 for DBJ proves hard work 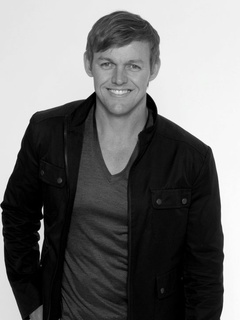 It’s that time again, when the Dallas Business Journal releases the list of young professionals who made it to the coveted “40 Under 40” roster.

Announced June 17, this year’s class includes 15 women and 25 men, ranging in age from 27 to 39. The chosen few are not only impressive professionally, but personally and civically, this group offers an inspiring array of skill sets, passions and causes.

This year, I had the distinct pleasure of serving on the judges panel alongside several other “40 Under 40” alums from recent years. And I can officially attest to the difficultly of selecting the individuals to be awarded this honor.

These young professionals are running marathons on the weekends and executing million-dollar business deals on Monday.

The task to whittle down that list from hundreds of accomplished career- and community-oriented individuals to only 40 names is, to say the least, not an easy one.

But whittle we did. Those who made the cut are key executives for some of the city’s largest organizations. They are making a massive impact in the lives of Dallasites from a civic perspective. They are dentists and attorneys. Entrepreneurs and financial advisors. They are family men and women.

They are running marathons on the weekends and executing million-dollar business deals on Monday. These are the individuals who are asked constantly, "Do you ever have time to sleep?"

All together, one might wonder what this group can’t do. And the fact that they’re under 40 means they’ve only just begun.

Here are this year’s top 40 young professionals, as chosen by the DBJ:

Honorees will receive their awards at the Brookhaven Country Club on August 28 at 5:30 pm. Tickets can be obtained through the Dallas Business Journal.