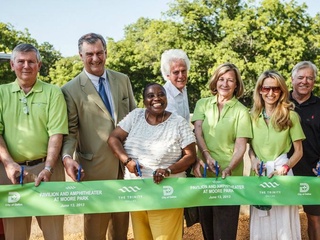 These are the biggest stories in Dallas city news this week:

You helped pay for Dream Team proposal
When Mayor Mike Rawlings put together a 12-person "Dream Team" panel of experts to review the Trinity toll road, its saving grace and the reason nobody could really complain about it is because it was financed by private donations and did not use taxpayer funds. It turns out that was not true.

According to city records procured by city council member Philip Kingston, a dozen city employees spent more than 275 hours working on the Dream Team proposal. Kingston called this a misappropriation of public resources and an ethically questionable circumvention by Rawlings and city manager A.C. Gonzalez of the traditional procedure of consulting with the city council before expending city funds.

"Some of the people on city staff spent more time on this project than the Dream Team themselves," said Kingston, who hasn't ruled out filing an ethics complaint.

Vonciel out
City council member Vonciel Jones Hill is no longer heading the committee to evaluate the new Dream Team-conceived Trinity toll road plan. Her appointment by Mayor Rawlings was considered odd because she's an advocate for the six-lane toll road that's already fallen out of favor.

According to Mayor Rawlings' spokesman, Hill presented the mayor with a framework and recommended relying on area chambers to host town hall meetings for public input. An announcement of the dates, times and locations of the meetings is forthcoming.

I will break your f---ing fingers
The Dallas Police Department has asked a grand jury to review allegations of misconduct against city councilman Scott Griggs. According to a police report, Griggs is being accused of "coercion of a public servant."

The statement says that Griggs "influenced or attempted to influence assistant city secretary Bilirae Johnson in the performance of her official duties." Johnson's job is to posts agendas for meetings, including a special meeting on April 16 to vote on the Dream Team toll road proposal.

According to WFAA, Griggs confronted Johnson because he noted there were two different agendas for the April 16 meeting, and Johnson did not post the agenda properly. The police report quotes Griggs as saying, "You better not push those briefing materials, or I will break your f---ing fingers!"

Council member Dwaine Caraway said it's out of character. "That doesn't sound like Scott," he said.

Plastic people, it's over already
Still sulking over lost income, four companies filed a lawsuit against the City of Dallas over the plastic bag ordinance, enacted on January 1. The city responded with this statement:

We are disappointed that four plastic bag manufacturers have filed a lawsuit seeking to invalidate the city's carryout bag ordinance despite the manufacturers' explicit admission in their lawsuit that 'the city's goals are laudable.' The filing of this lawsuit directly contradicts the vigorous support for a fee-based option shown by the lead plaintiff, Hilex Poly Co., during the city's consideration of the ordinance. The city will continue to act in the best interest of the health, safety and welfare of its residents."

Bravo. For your bad-guy Rolodex, here are the companies now costing us money with their nuisance lawsuit: Hilex Poly (Novolex), Superbag Operating, Interplast Group and Advance Polybag. Council member Caraway said, "They just want to make money. ... We want a clean environment and a clean city."

How about that Caraway? Two times with the quotes today.