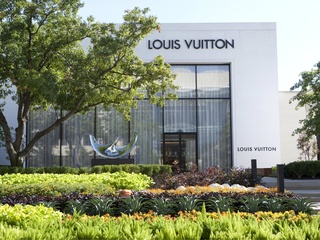 A woman told police she was tricked into buying Louis Vuitton handbags for a couple at NorthPark. Courtesy photo

Dallas police are asking the public for help in identifying a Hispanic couple that scammed a woman out of more than $10,000 at NorthPark Center recently. Virginia Rodriguez, 65, told police that a couple approached her on April 24 about sharing in an $11 million lottery win.

In order to partake in the winnings, the couple initially asked Rodriguez for $35,000 in cash. When she said she didn't have that much money, they suggested she use her credit card to purchase items of an equivalent value.

Anyone who knows the identity of these two suspects is asked to contact Det. Cervantes with the Dallas Police Department's Property Crimes at 214-671-3544.

Lower Greenville: The hip and friendly neighborhood where everyone's welcome
Lakewood: The White Rock neighbor that keeps its small-town vibe
Briarwood: The Lovers and Inwood neighborhood that's close to everything