Is this Highland Park baseball star a rapist?

Is this Highland Park baseball star a rapist? 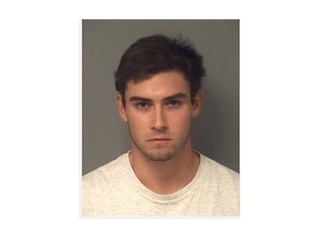 There are few things more complicated than the line between adolescence and adulthood. While the Texas legal system makes a clear-cut distinction from age 16 (a child) to age 17 (an adult), the transformation occurs only on paper.

Ryan Romo, 18, was arrested Monday on charges of sexual assault of a child. According to the arrest warrant affidavit, Romo left a Ghostland Observatory concert at the Palladium Ballroom on Saturday evening with a female Highland Park student, who, judging by the second-degree felony charge, was under the age of 17.

Irrespective of one's age, no means no, and the girl reportedly uttered that all-important word. Her name and age have not been released, but Romo's has, along with his mug shot.

Now, irrespective of one's age, no means no, and the girl in questioned reportedly uttered that all-important word. Her name and age have not been released, but Romo's has, along with his mug shot.

Romo wasn't exactly a low-profile individual before his arrest, although he was closer to famous than infamous. His father is Eatzi's CEO Adam Romo Jr., and the Highland Park senior is a high prospect college baseball recruit.

Many criminal cases hinge on he-said, she-said evidence, but when the parties in question are high school students, the information is under even greater scrutiny than usual.

Kids are supposed to mess up. They lie. They cheat. They get caught. They grow up. But throw a sex act in the mix, and childish ways are all but left behind.

Romo is one week shy of 19 and legally an adult. However, it still seems bizarre to call a girl his peer while they are kissing but a child if their clothes come off.

The girl who pressed charges against Romo says she told him "No, I don't want to do this," as well as "Stop!" She says Romo told her "It would be okay," and to "let it happen." A sexual assault exam revealed trauma consistent with force, the affidavit states.

No matter the facts, there is no good outcome in this case. If Romo forced himself on a girl in the backseat of his Chevy Tahoe as alleged, then he's a sexual predator. If it's a case of impulsive teenage decisions, remorse and guilt, then no one suffers more than 18-year-old Ryan Romo.