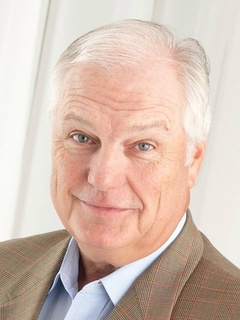 Dale Hansen made odd statements in the wake of Kraddick's death. Photo courtesy of WFAA
Longtime radio personality Kidd Kraddick died at the age of 53.  nydailynews.com

Never one to tread lightly – even on the topic of death – WFAA's Dale Hansen behaved as only Dale Hansen does in his coverage of the death of David "Kidd" Kraddick, who died on July 27 in New Orleans.

On the August 5 edition of WFAA-TV's nightly news show, Hansen hosted an interview with the crew of Kidd Kraddick in The Morning, which is broadcast around the country and locally on KHKS 106.1 FM. Although Kraddick was host, the rest of the crew has decided to go on with the show.

Some Hansen highlights: when he asked what Kraddick's death means in dollar signs, and when he compared Kraddick's passing to 9/11.

The money comment came up, awkwardly, as he introduced the segment with crew members Big Al, J-Si, Kellie Rasberry and Jenna.

"I played golf with Kidd Kraddick (and a lot of poker too)," Hansen said. "It seems like everything I ever did with him cost me money. But Kraddick's death could be costing a lot of people a lot of money."

His next trip down the rabbit hole was his evocation of the images of 9/11.

Is it fair to compare a terrorist attack with a radio host's passing? In an email, Hansen offered his explanation.

I think it's simple, as I said after 9-11 everyone was afraid to laugh again, thought it was inappropriate to laugh — so I asked in light of Kidd's death — is it awkward to laugh again?