Plus! Sharon Hage
The Lot to bring another beer garden to East Dallas, off Santa Fe Trail

Salt mines
Shop portion of Obzeet Cafe moves out and up, with new name and concept
LATEST NEWS
Boo hoo Big Tex: The 2020 State Fair of Texas in Dallas is canceled
Second chances 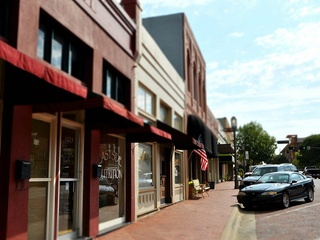 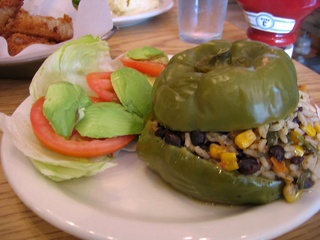 Daisy's Barn and Grill in historic downtown Plano just got a name change and an upgrade. It's now called Angela's at the Crosswalk, and there's a menu of cocktails, sharpened service and live music on weekends.

"We wanted to honor our chef and founder, Angela Murphy, and we thought it was a nicer name that went with the changes we've made," says co-owner Julie Holmer.

Daisy's started out as Daisy's Cafe, a small diner on Avenue K, that Murphy opened in 2010. The original space was modest, but her better-than-home cooking was evident, and she was renowned for her excellent baked pies.

In 2011, when a space opened up on 15th Street, she grabbed it. She got a full bar and changed the name to Daisy's Barn and Grill. She partnered with Holmer and Holmer's husband, David Rankin, and they hired a new manager, Derek Mills.

"Derek has a lot of good experience, and we wanted to build the business," Holmer says. "We were packed for Valentine's Day. Saturdays and Sundays have been insane."

Breakfast is served all day, along with from-scratch soups, salads, sandwiches and entrées like stuffed peppers or meatloaf and mashed potatoes. There is live music Thursday, Friday and Saturday nights, and Monday has become a popular open-mic night.

Murphy moved to Plano from California in 2010, but she's originally from Rome, Italy, and attended Le Cordon Bleu in Paris. Holmer was a Daisy's Cafe customer and Murphy believer, while Rankin is a passionate home cook who's chipped in some favorite recipes for the restaurant.

"We got rid of the freezer and replaced it with a refrigerator," Holmer says. "Even our French fries now are hand-cut. We're committed to making this a great place."