By Teresa Gubbins
Jun 9, 2015, 12:44 pm
A new restaurant opening at NorthPark will take its inspiration from U.S. President Teddy Roosevelt. 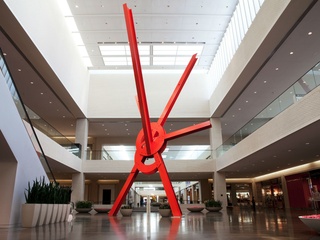 NorthPark will be home to The Theodore, a new concept from the team that brought us Smoke. Photo courtesy of NorthPark Center

Turn the Tables Hospitality, the group that owns Smoke, Bolsa, Bolsa Mercado, Chicken Scratch, The Foundry and Spork, is opening another restaurant, this one at NorthPark Center. Called The Theodore, it's inspired by "the spirit of the iconic Teddy Roosevelt and an era of American history full of wonder and discovery."

Roosevelt, the 26th president of the United States, was a hunter, fisherman and self-taught taxidermist. He had a mustache. Some of his most memorable quotes include "believe you can and you're halfway there," "speak softly and carry a big stick," and "keep your eyes on the stars and your feet on the ground," which was possibly better known as a favorite quote of Casey Kasem.

The cuisine will be chef Tim Byres' spin on soulful American classics. "The one place everyone can share is at the dinner table," he says in a release. "It's the perfect avenue for storytelling." Eating too, one hopes.

The highlight of The Theodore's menu will be shareable plates with artisanal toasts, American tapas and flatbreads. Toasts can be artisanal, too! Guests will be encouraged to mix such offerings as oxtail and beef shank stuffed peppers with white bean puree; mushroom, parsnip, dried tomato and pecorino flatbread; and dry-cured ham and fruit mustard toasts.

Cocktails will be fresh and herbaceous, served in a bar with private nooks, "sumptuous" seating and a street-side patio. Who doesn't love sumptuous seating?

The Theodore will feature a working, open-air bakery (far preferable to one with closed air), thanks to a consultation from David Norman of Austin's Easy Tiger. Customers can sit at a counter and watch as dough is kneaded and bread is baked. A bakery window will be open to the mall as well.

Through vintage furniture, hand-printed wall coverings and whimsical curiosities, art and design team Lou-Verne will complete the Americana vibe, a look rooted in the traditions of the East yet invigorated by the landscape and people of the West. A library dining space will have a fireplace, books and collectibles from around the world; a snug, semi-private room will be highlighted by a celestial-adorned ceiling.

The restaurant is going into the old Luna de Noche space across from Kona Grill. Turn the Tables Hospitality is the group owned by Byres, Christopher Zielke and Christopher Jeffers. Target opening date for The Theodore is fall 2015.

A new restaurant opening at NorthPark will take its inspiration from U.S. President Teddy Roosevelt.

Preston Hollow: Where to find some of Dallas' best architectural gems
Zero-lot-line homes in Dallas: Everything you ever needed to know
The Cedars: Stunning skyline views and good eats just south of downtown Dallas