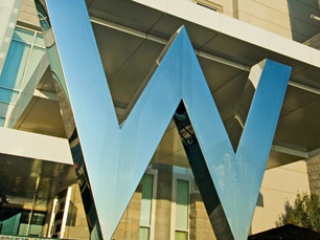 Craft Dallas at the W Hotel closed in September. Courtesy of W Dallas Victory Hotel
Richard Graff is the new chef at Cook Hall, which will go into the space vacated by Craft.

W Dallas-Victory hotel has announced the chef for the new Cook Hall, going into the space that was formerly Craft Dallas: Rick Graff, who's been with the W since Craft opened in 2006.

Graff ascended the ranks at Craft as a chef de garde manger (salad guy), chef de partie (party guy — just kidding, a chef de partie is a line cook) and sous chef. He also did administrative tasks such as purchasing, sourcing product and special events for the restaurant and residents of the W condos. Since 2009, he's been the banquet chef for the hotel.

According to a release, he will oversee the launch of Cook Hall's "global gastropub" concept. Cooking is his second career. He previously did sales and marketing, keeping his day job while taking classes at El Centro College. Prior to Craft, Graff worked with chef George Brown at George Restaurant.