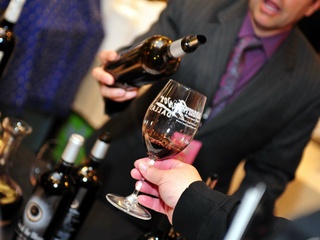 Savor Dallas, the longtime food-and-wine event that got scooped up this past summer by Dallas Morning News events marketing arm CrowdSource, has released the dates of its “dramatically reinvented” 11th year: March 19-22, 2015.

According to an adjective-filled release, the four-day festival, which as been “reimagined and enriched” by its new management, promises to “unite winemakers, restaurateurs and top chefs with wine collectors, craft enthusiasts and lovers of exquisite food during a series of upscale events that cater to discerning palates.”

Savor Dallas starts Thursday, March 19, with the Dallas Arts District Wine Stroll, followed by Savor the Arboretum on March 20, a laid-back sampling experience at sunset. As per usual, winemakers and chefs will lead seminars throughout the weekend.

The Reserve Tasting takes place March 21 at the Women’s Museum in Fair Park, featuring wines, spirits and craft beers, as well as a silent auction. Later that night is the big-deal Grand Tasting at Fair Park’s Centennial Hall, where attendees can feast on small bites prepared by the city’s top chefs and sample more beer, wine and spirits. Those events had been held at the Kay Bailey Hutchison Convention Center.

“The 2015 festival will offer consumers an elevated social experience encompassing the best flavors of the city, while celebrating fine wine and the art of both craft cocktails and beer — all taking place at some of Dallas’ most notable cultural and culinary destinations,” said CrowdSource president and general manager Alison Draper. “We couldn’t be more excited to execute the bold vision we have for 2015 and beyond.”