Josh Brent made a controversial appearance on the Cowboys' sideline days after Brown's death.  sportsgrid.com 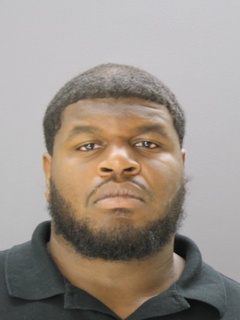 After failing yet another drug test, Dallas Cowboys defensive tackle Josh Brent is back in jail. Dallas County Sheriff's Office spokesperson Carmen Castro says that Brent surrendered himself this morning.

Brent was booked into jail around 10 am and is being held without bond until July 19, when he'll have a hearing in front of Judge Robert Burns.

"The defendant in this case has been repeatedly warned of the conditions of pre-trial release in this case," a motion from state prosecutor Gary McDonald reads. "His continued use of marijuana demonstrates a pattern of conduct in disregard of this court's authority to properly supervise his pre-trial release. This conduct reinforces the state's belief that the defendant poses a danger to the citizens of Dallas County."

Burns first ordered Brent to take a drug test on May 24, when Brent was in a hearing about possible parole violations in his intoxication manslaughter case. Brent failed a urine test, and Burns set another one for June 19, which Brent also failed. Both times he has reportedly tested positive for marijuana.

Brent is under strict supervision due to a 2012 intoxication manslaughter charge. On the night of December 8, Brent crashed his Mercedes in Irving and killed his friend and teammate Jerry Brown. Brent's recorded blood-alcohol content was nearly twice the legal limit.

After posting a $100,000 bond, Brent was been allowed to remain out of jail as long as he abided by the conditions of his release, including wearing an ankle monitor, not using alcohol or drugs, and meeting regularly with a county officer.

Brent made a controversial appearance on the Cowboys' sideline days after Brown's death and was later barred from attending games. He is still listed on the team roster.

There have been 27 active NFL players arrested since in 2013, including the high-profile murder charge against Aaron Hernandez. The New England Patriots released their star tight end just hours after he was arrested June 26.

Josh Brent made a controversial appearance on the Cowboys' sideline days after Brown's death.  sportsgrid.com