These are a few of my favorite things
How do you recapture the magic of the holidays? Make a difference
LATEST NEWS
These are the 9 best things to do in Dallas this weekend
Let Me Sum Up

Questions that need to be answered about the Trinity Forest Golf Course begin with W, T and F

Questions that need to be answered about the Trinity Forest Golf Course begin with W, T and F 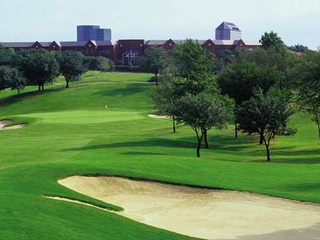 The proposed Trinity River Golf Course intends to steal the Byron Nelson Championship away from the Four Seasons at Las Colinas. Photo courtesy of Four Seasons

Mayor Mike Rawlings is gung-ho for the new Trinity River Golf Course. Mike Rawlings for Dallas
The Tenison Highlands course is one of the few courses the city owns that makes money. Photo courtesy of Josh Peters/Weibring Wolfard

With a vote likely one week away, Dallas City Council members are starting to ask questions about the mayor’s plan for a new top-flight golf course in southern Dallas, called Trinity Forest Golf Course. Given the way the city traditionally operates — on a hope and a prayer — it’s likely that they will get little-to-no details about how this course could possibly make money or achieve Rawlings’ stated larger purpose to “bring [development] opportunity to southern Dallas and the Trinity Forest area.”

To prepare them for those discussions, I’d like to offer some classroom reading and a few questions the golf-development community in Dallas is asking right now.

First, the reading. Check out the two competing Dallas Morning News editorials about the TFGC: pro golf course by Tod Robberson and one questioning the wisdom of the plan by Mike Hashimoto.

There are two huge questions not answered yet: One, is the course viable (and where is the feasibility study)? Two, is the development plan viable (and who is going to develop it)?

Let’s take Robberson’s argument first, primarily so we can all figure out together just what it is, exactly. Robberson says critics of the plan (which partners the city, AT&T and SMU in developing a landfill site into a world-class golf course, then nabbing the PGA’s Byron Nelson tourney down the road) are not worth listening to because “[n]aysayers are great at explaining why things won’t work, but rarely do they offer realistic alternative solutions.”

My response: solution to what problem? Not enough golf courses? Oh, you mean a solution to this problem: not enough big development in southern Dallas. Okay. But it seems worthwhile to ask, “what are the details and what does the model of success look like?”

Robberson isn’t concerned with this. He says the TFGC would of course spur development because, unlike failed sports-venue development promises like Victory Park and Cowboys Stadium and the Ballpark in Arlington, people linger on a golf course. Golf moves slowly.

This argument is so silly I don’t know that I need to refute it, but it is interesting to note that the fact golf moves slowly is why it’s dying. Rounds of golf played in the U.S. have declined for the past decade, and new course construction has cratered during that time because golf is losing players. Why? One central reason is it takes too long.

And, for those who manage to find enough time for a round, they don’t go hang out in mixed-use developments and eat and drink and be merry when done. They get a drink and food in the clubhouse (a break-even proposition for a golf club, at best) and get their asses back home before getting yelled at for being gone all day.

Hashimoto gets to more pertinent problems with the plan when viewed as an economic driver, echoing concerns I’ve heard from people who develop courses for a living. They say there are two huge questions not answered yet: One, is the course viable (and where is the feasibility study suggesting so)? Two, is the development plan viable (and who is going to develop it)?

There have been several recent feasibility studies in Texas that looked at the same sort of criteria as TFGC. The verdict: They would never turn a profit without a huge real estate development supporting them.

To the first question, Hashimoto notes the floodplain issue, which contributed mightily to the closing of nearby Sleepy Hollow years ago. That’s a big concern. But he hints at a larger problem: world-class Dallas National is not too far away itself. The Trinity Forest crowd cite that as a model, but in reality it’s an established competitor in a market that is all but tapped.

Is the TFGC going to fund itself with high-dollar membership like Dallas National does? (Entry fees of $150,000 or so.) Good luck. When it opened, Dallas National and other top area clubs had a waiting list. Now, although they’re doing fine financially, they actually are recruiting members. If there are only 400 people in Dallas who can and want to pay that kind of fee plus dues to play golf at a world-class course, they’re already taken.

(You won't find them at mid-level courses, either, as they are struggling mightily for members and money.)

And you’ll have to charge that kind of money to pay back debt on this deal. Rawlings said the cost could be as low as $20 million, but that’s bottom-level pricing for a new course nowadays. It will come in at least in the top range of what he suggested, $40 million to $50 million.

And the green fees to support the debt on such a course usually mean at least $150, but probably upward of that. (And if, as rumored, Tom Doak ends up being the architect: Open the checkbook.) That doesn’t even consider that the course will probably use the Harbor Shores (Michigan) model of allowing Dallas citizens steep discounts on open-to-the-public days.

Which is why no one builds courses today without a fully modeled real estate plan supporting it. Which means they need a feasibility study to determine if the project can succeed, or, like so many high-profile courses across the U.S., will go bankrupt.

There have been several feasibility studies done recently in Texas (Grand Prairie and Cedar Creek Lake are examples) that looked at the same sort of criteria (PGA tournament quality, just like the TFGC). The verdict in all of them: They would never turn a profit without a huge real estate development supporting them.

The idea TFGC could throw off $32 million in economic impact was laughed at by a golf developer who told me, “C’mon. That’s oceanside property money.” But maybe it could be a grand experiment that at least pays for itself.

So let’s assume, though, that there is a big plan here — although the idea it could throw off $32 million in economic impact was laughed at by a golf developer who told me, “C’mon. That’s oceanside property money.” But maybe it could be a grand experiment that at least pays for itself. Given that the city loses money with all its courses except the Highlands course at Tenison and Stevens Park, that’s saying something.

What would success look like? Robberson brings up East Lake in Atlanta, but Harbor Shores in Benton Harbor, Michigan, is the better analogy.

Two hours from Chicago and home to Whirlpool, Harbor Shores was designed on wasteland off Lake Michigan (including a Superfund site) and opened to acclaim in 2010. It has $150 greens fees (unless you're a local, as mentioned before).

It hosted the PGA Senior Championship this year (although they all complained about the greens … golfers!). There’s no guarantee they’ll stay after 2014, just as there is no guarantee that once Craig Ranch (which the PGA has an interest in) gets hotels nearby, it won’t one day snatch the Nelson — but still!

Meanwhile, Whirlpool is building its new headquarters near Harbor Shores, just as AT&T might well do at Trinity Forest. The local high school team trains there. (SMU would do so here.) It has a facility for the local at-risk youth golf program, just as TFGC will. As of this summer, 22 new high-dollar homes had been sold there — not the 500 they want eventually, but a start. And a new Arts District draws people to brewpubs in the evening.

The golfers, and the homeowners, and the folks noshing and tippling — they’re overwhelmingly white. The poor black people who live in Benton Harbor surround the area, looking at the new golf course and the pretty things around it like a gleaming castle — that’s the model that makes the most sense.

It's exactly the sort of thing a Dallas bigwig would think would be great for economic development in poor neighborhoods. As Joe Tone first said, it's the most Dallas-y idea ever.

The proposed Trinity River Golf Course intends to steal the Byron Nelson Championship away from the Four Seasons at Las Colinas. Photo courtesy of Four Seasons