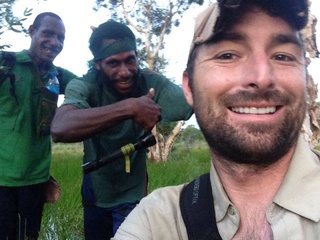 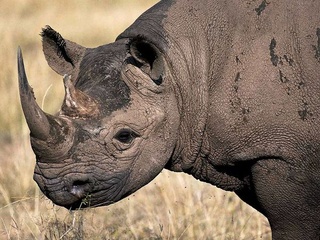 Corey Knowlton, the hunter who has been identified as the winner of a controversial auction held by the Dallas Safari Club to hunt an endangered black rhino, has issued a statement calling for a discussion on conservation.

The Safari Club's auction on January 11 was attended by high-roller hunters who bid on the opportunity to shoot a mature male black rhino. Though predicted to net up to $1 million, the highest bid, reportedly made by Knowlton, was $350,000. The event was framed as a fundraiser, the proceeds from which would be earmarked for preservation of the species.

The auction has launched an international debate about whether allowing a hunter to kill a defenseless rhino is a logical way to preserve the species. The Safari Club defended the auction, declaring that "selective hunting helps rhino populations grow" and that "removing old, post-breeding bulls, which are territorial, aggressive and often kill younger, breeding bulls, cows and even calves, increases survival and productivity in a herd."

Since Knowlton's name became public, he's been deluged by thousands of messages from both sides: criticism from animal advocates and support from hunters. But his statement seems aimed at the protestors.

"Thank you all for your comments about conservation and the current situation regarding the Black Rhino," it says. "I am considering all sides and concerns involved in this unique situation. Please don't rush to judgment with emotionally driven criticism towards individuals on either sides of this issue. I deeply care about all of the inhabitants of this planet and I am looking forward to more educated discussion regarding the ongoing conservation effort for the Black Rhino."

Knowlton is a consultant for a hunting outfit called Hunting Consortium Ltd. and has appeared on hunting TV shows such Jim Shockey's The Professionals. But his role as top bidder in such a high-profile high-dollar auction seems surprising. In addition to a hunting-guide company called Global Hunting Resources, his other business ventures in prior years have included septic and concrete companies.