In the Texas Legislature
Hey, Rick Perry: Keep your hands off the texting-while-driving ban
LATEST NEWS
Latest wave of Dallas restaurant-bars reopens after COVID-19 layoff
Let Me Sum Up

We're totally gonna secede, y'all! Plus: White men are screwed

I'm 100 percent sure she signed the petition. And she lives in Texas. And has an awful Chinese tat. Tshirtwatch.com

Oh, and secession isn’t going to happen. Ever. Never ever ever. CC Rogers/Flickr Creative Commons

The most interesting story about Texas yesterday was written by Ryan Lizza of The New Yorker, who hangs with new U.S. Senator-elect Ted Cruz. Tedcruz.org 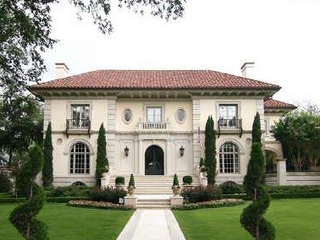 Editor’s note: Eric Celeste, whose name has appeared on the masthead of damn near every publication in Dallas, puts yesterday’s headlines and today’s discussions into context in his new daily column. Plus he throws in some ’80s music references and movie quotes — hence the name, Let Me Sum Up. It’s a one-stop morning meal for what Dallas is and should be talking about.

I get it. It’s a cute story. About 60,000 idiots out of a state with 25 million people sign a petition asking President Obama to allow Texas to secede. Newsrooms across North Texas monitoring Twitter (because, you know, that’s what passes for news judgment now) collectively break out in a Gangnam-Style flashmob. “Pageviews! We’re gonna get pageviews! And we don’t even have to feel conflicted about it because it’s real news!”

Then the governor comments to make it official: this is Big News. Journalism, back on solid ground.

Sure. Whatever. I mean, we have no way of knowing how many of these 60,000 who “signed” the petition are actually from Texas. Even if every single person is really from our state, that represents less than 1 percent of the Dallas-Fort Worth area. Oh, and secession isn’t going to happen. Ever. Never ever ever.

Don’t trust me. Trust fivethirtyeight.com blogger and noted looper Nate Silver, who said so three years ago in D:

Texas has no more and no less right to secede than any of the other 49 states. The federal government profits from Texas — collecting more in tax revenues than it gives back in services — and it would never be allowed to secede.

The really interesting proposition, Silver wrote (in great detail), would be for Texas to divide into five states, not to secede from the union. I differ in one respect: I would not have called the new North Texas state Trinity, but The Considerant, after the Frenchman who established the La Reunion socialist commune in what is now West Dallas. But that’s just me. I also like .38 Special. (1.7 million views! Let’s start our own country!)

He was joking, but it at least it was funny — unlike the BS petition we all read about yesterday.

The most interesting story about Texas yesterday was, not surprisingly, written by Ryan Lizza of The New Yorker. Lizza hangs with new U.S. Senator-elect Ted Cruz, who worries openly about his party’s ability to reach Hispanics — and by reach, I mean “in a manner that doesn’t suggest deportation” — and who says Texas could turn blue very quickly if the GOP doesn’t become more welcoming on border and immigration issues.

Paul Burka of TexMo took a different lesson from the election, suggesting new State Senator Wendy Davis is exactly the sort of candidate the state GOP should fear.

Jim Schutze of the Dallas Observer thinks white men are screwed. Not if Facebook has anything to say about it, Jim!

Candice Carlisle of the DBJ reported that Troy Aikman’s house is off the market, just as Candy Evans suspected.

Melissa Repko has a very nice piece in the DMN talking to the parents of the alleged rape victim from Highland Park, detailing how they think the social media ugliness should serve as a call to parents to better educate their kids about date rape.

Meanwhile, Eric Nicholson at Unfair Park jumps all up in Kidd Kraddick’s grill for his morning show’s attempt at roofie humor.

Lance Murray says Irving-based Hostess might shut down plants. Oh God no, said the two stoners who heard their moms mention the news to their friends.

Dallas ISD president Mike Miles has a new chief of staff, the guy who used to work for the president of Lamar University, who has a son who accidentally blew up a gas station. You’ll have to trust me on that.

Pete Delkus, Channel 8 weatherman, later said he nearly fell over when he heard this question on air. Agree! TV news’s demise is LOL!

Have you ever been tempted to cheat with a co-worker? That's our instant poll question on the 5pm news.

Mike Hashimoto, DMN editorial and bicep-curl star, wonders how much military planning Gen. John Allen did while also writing/reading the 20,000-30,000 documents passed between he and Jill Kelley. Love disrupts the time-space continuum, Mike. You get more done!

Idle question: Who has time to write or read 30k pages of email over two years? m.washingtonpost.com/world/national…

I feel you, Evan Grant.

This is what we've become as journalists, begging for credit on "breaking" a story on Twitter deadsp.in/RRjcgl

Today’s musical send-off. From the New Frontiers, the defunct-yet-still-great DFW band. P.S. It’s good to be back.

I'm 100 percent sure she signed the petition. And she lives in Texas. And has an awful Chinese tat. Tshirtwatch.com

Oh, and secession isn’t going to happen. Ever. Never ever ever. CC Rogers/Flickr Creative Commons

The most interesting story about Texas yesterday was written by Ryan Lizza of The New Yorker, who hangs with new U.S. Senator-elect Ted Cruz. Tedcruz.org