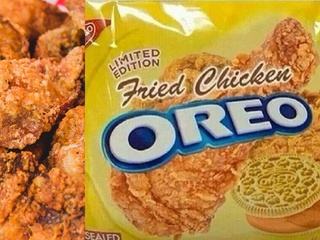 Fried chicken Oreos are not real. 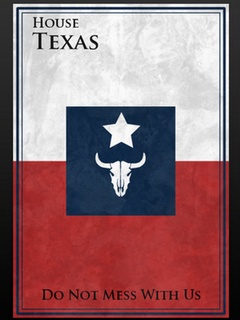 Texas gets the Game of Thrones treatment.

1. Mother and son perform epic wedding dance. Most mother-son dances at weddings consist of emotional ballads and swaying. And although this July wedding reception looked to be nothing out of the ordinary at first, the groom had a big surprise in store.

2. Sadly, fried chicken Oreos are not a real thing. Oh, Internet. You are a cruel mistress. One day you are showing us awesome, real things like a pulsating umbilical cord iPhone charger. The next you are just teasing us with the idea of "limited edition fried chicken Oreos."

3. Game of Thrones now has a sigil for every state in the union. Summertime as an adult means our regular television program goes on vacation, and we have to keep working. We may not be able to take a trip to Westeros for a few months, but a superfan of the HBO series has given us the next best thing: GOT-inspired state sigils.

4. Jerry the goat is awesome. Look, being a goat is already pretty cool, but Jerry takes it to a whole new level with his high-flying kick-jumps. The video, dated February 2013, is experiencing some goat-days-of-summer fame.

Fried chicken Oreos are not real.