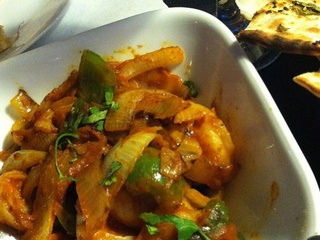 Shivas' menu will include north and south Indian dishes as well as Malaysian and Indochinese. Photo courtesy of Shivas Bar & Grill

There's no stopping the Greenville Avenue juggernaut, with another new restaurant set to open in July, filling a cuisine niche not yet filled: Indian.

Shivas Bar & Grill will open at 1907 Greenville Ave. from Ramesh and Sumathi Sundaram, a husband-and-wife team who also own Indian restaurants in Lexington, Kentucky.

One, called Bombay Bar & Grill, is an elegant place in a historic building, with black tablecloths, white napkins and an ornate wine rack on the wall. The couple also owns a more casual restaurant called Banana Leaf that serves south Indian and Malaysian food.

"We do food from the Tamil area of India, but we'll do both south and north Indian food," Ramesh Sundaram says.

Ramesh handles the front of the house while Sumathi runs the kitchen.

Her cooking earns positive reviews from Lexington-area diners, who like her home-style version of South Indian food, in dishes such as Tandoori prawns and vegetable biryani. Desserts include a cheerful green pistachio kulfi pudding.

"We do food from the Tamil area of India, but we'll do both south and north Indian food," Ramesh says. "We also lived in Singapore for 10 years, so we'll offer some Indochinese and Malaysian dishes like our mango seafood."

The restaurant will also have a full bar.

Shivas is moving into a spot that has endured a rough patch as of late. At one time, it was the World Wide Food ethnic grocery, which closed in 2005.

The restaurants that have opened in that building at the corner of Greenville and Alta, such as Jack's Southern Food and Jo24, have all suffered from a lack of allotted parking. But Ramesh says they've secured the necessary parking spaces, including 10 spaces behind their building.

The couple came to the Dallas area for the lifestyle and schools for their children. "We were looking for a change," Ramesh says.